Lava coming from Kilauea Volcano on Hawaii's Big Island threatened to hit Pahoa Marketplace on Christmas day prompting a number of shops to close down as precaution for the looming disaster. The front of the lava flow, however, appeared to have also observed the yuletide season as it stalled for several days.

The front of the lava though has now continued its movement.  In its latest update on the status of Kilauea volcanic activity released on Sunday, Dec. 28, Hawaii's County Civil Defense said that the lava has resumed advancing and it has moved 15 yards on Saturday after days of hiatus.

The lava is now approximately 690 yards away from the Pahoa Marketplace and is about 0.6 miles from the intersection of Highway 130 and Pahoa Village Road. Agency officials said that there are several surface breakouts behind the leading edge of the flow but the activity does not pose immediate threats to residents and business establishments given its current pace. Although the flow is active, the Civil Defense said that it is sluggish and the front edge is only 25 yards.

"The surface breakouts and activity along both margins continues upslope of the front," the Civil Defense said in an update. "Civil Defense and Hawaiian Volcano Observatory personnel are maintaining close observations of the flow."

The alternate access road at Railroad avenue was kept opened so motorists can familiarize themselves with the road and the flow of the traffic. Highway 130 is also open and no road closure is currently expected. Motorists were urged to remain on the designated route and observed posted speed limits.

Meanwhile, the State of Hawaii Department of Health is operating three air monitoring stations to monitor and detect the presence of air borne particles from burned materials caused by the ongoing eruption and lava flow activities.

The smoke and fog coming from the volcano currently raise concerns as these can lead to respiratory problems in vulnerable individuals including those with existing respiratory illnesses, heart disease, children and older adults. Saturday morning, in particular, was marked by moderate to heavy smoke conditions. Vulnerable individuals were advised to stay indoors.

Kilauea is one of the most active volcanoes worldwide. Its  first well documented eruption happened in 1823 and it has repeatedly erupted since that period. Its current eruption and lava flow activities have already forced many residents to vacate their homes. 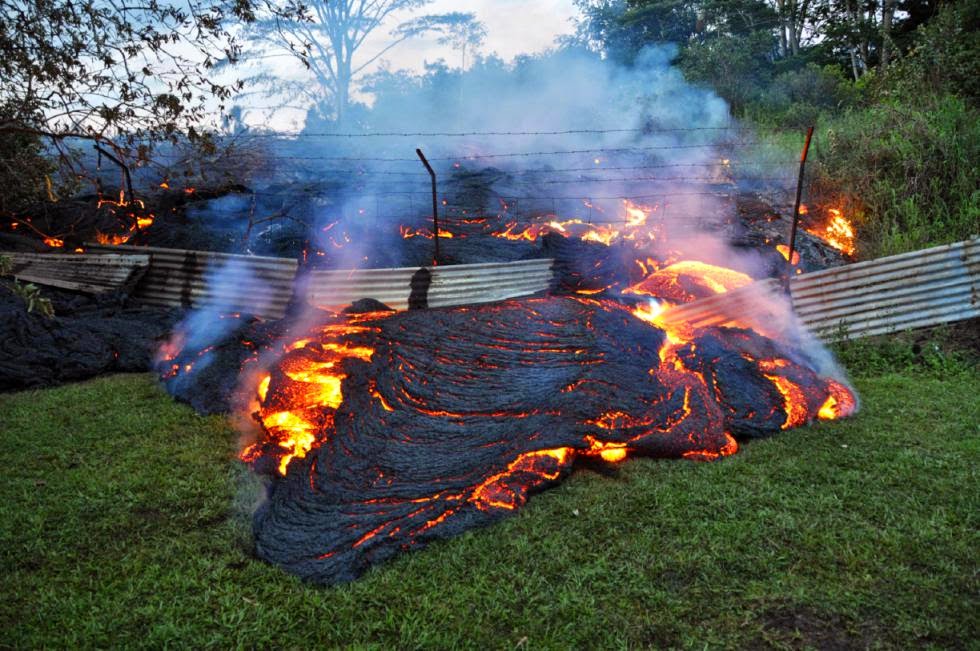