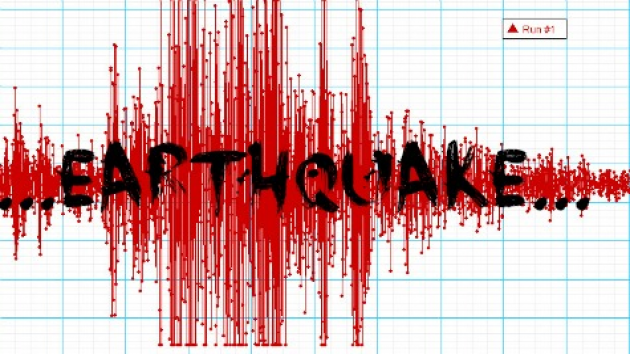 "We previously had very limited information about how ruptures grow into great earthquakes and interact with regions around them," said seismologist Thorne Lay of the University of California at Santa Cruz. "So we are using the recorded data for these recent events to guide our understanding of future earthquakes. We've gained a new level of appreciation for how one earthquake can influence events in other zones."
High on the list of areas ripe for a great quake is Cascadia, the Pacific Northwest, where the risk for great quakes had long been under appreciated. Evidence began surfacing about 20 years ago that there had been a great quake in the region in the year 1700. Since then the view of the great quake risk in Cascadia has shifted dramatically.
"We don't know many details about what happened in 1700," said Lay. There were no instruments back then to observe and record it. And so the best way to try and understand the danger and what could happen in Cascadia is to study the recent events elsewhere.
Over the last decade Lay and his colleagues have been able to gather fine details about these giant earthquakes using data from an expanded global networks of seismometers, GPS stations, tsunami gauges, and new satellite imaging capabilities such as GRACE, InSAR, and LandSAT interferometry. Among the broader conclusions they have come to is that great quakes are very complicated and idiosyncratic. Lay will be presenting some of those idiosyncrasies at the meeting of the Geological Society of America in Vancouver on Oct. 21.
"What we've seen is that we can have multiple faults activated," said Lay. "We've seen it off Sumatra and off Japan. Once earthquakes get going they can activate faulting in areas that were thought not physically feasible."
The great Sumatra-Andaman earthquake of Dec. 26, 2004, for instance, unzipped a 1,300 kilometer long segment of the subduction zone and unleashed one of history's most destructive, deadly tsunamis. Much of the rupture was along a region with very limited plate convergence. In Japan, the Kuril Islands, and the Solomon Islands, great mega-thrust ruptures have ruptured portions of the subduction zones that were thought too warm or weak to experience earthquakes.
"These earthquakes ruptured right through areas that had been considered to have low risk," said Lay. "We thought that would not happen. But it did, so we have to adjust our understanding."
Perhaps the best recent analogy to Cascadia is off the coast of Iquique, Chile, said Lay. There had been a great quake in 1877, and a conspicuous gap in quakes ever since. Like the 1700 Cascadia earthquake, there is little data for the 1877 event, which killed more than 2,500 people. In both subduction zones, the converging plates are thought to be accumulating strain which could be released in a very large and violent rupture. On April 1 of this year, some of that strain was released offshore of Iquique. There was a Mw8.1 rupture in the northern portion of the seismic gap. But it involved slip over less than 20 percent of the region that seismologists believe to have accumulated strain since 1877.
"We have no idea why only a portion of the 1877 zone ruptured," said Lay. "But clearly, 80 percent of that zone is still unruptured. We don't have a good basis for assessment of how the rest will fail. It's the same for Cascadia. We don't know if it always goes all at once or sometimes in sequences of smaller events, with alternating pattern. It is prudent to prepare for the worst case of failure of the entire region in a single event, but it may not happen that way every time."
What is certain is that studying these recent big earthquakes has given geophysicists the best information ever about how they work and point to new ways to begin understanding what could be in Cascadia's future.
The above story is based on materials provided by Geological Society of America.Note: Materials may be edited for content and length.