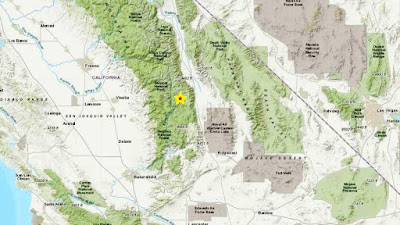 
The earliest reports put the quake above 6.0 magnitude, but it has been downgraded.

The earthquake hit around 10:40 a.m. and was centered about 14 miles east of Cartago, or about 46 miles west of Porterville, in the Central Valley.

There are no immediate reports of damages or injuries.

A Tsuanmi Alert has not been issued at this time.

The earthquake was reported as far south as Los Angeles.
Share to: