A Complex Landscape Has Both Vulnerabilities And Resilience to Climate Change

Geology, landslides, Natural Disasters 11:24 AM
A+ A-
Print Email 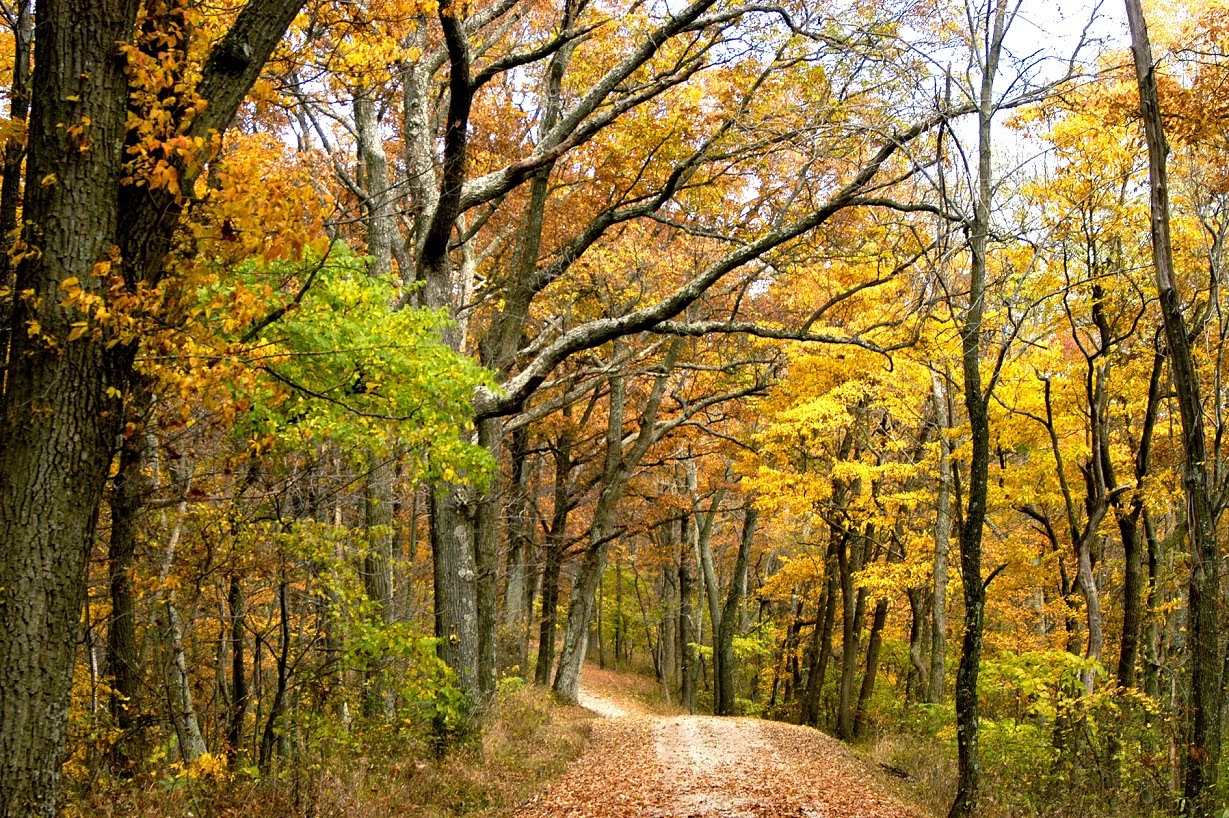 HOUGHTON, Mich. (April 8, 2015): Central Appalachian forests have been experiencing the effects of a changing climate for decades, and effects such as more heavy rainfall events, more drought, and more hot days are likely to continue, according to a new vulnerability assessment for the region by the U.S. Forest Service and many partners.
The assessment describes effects of climate change that have already been observed, projected changes in the climate and the landscape, and forest vulnerabilities for nine forest ecosystem types in a 29-million-acre area of Ohio, West Virginia and Maryland. The area evaluated in the forest vulnerability assessment has nearly 19 million acres of forest land, 85 percent of which is owned by private individuals and organizations. These forests are important cover spanning from glacial Lake Erie to the Allegheny Plateau and sweeping up into the Appalachian Mountains. The topographic complexity of this region supports some of the highest levels of biodiversity in the world and creates many microclimates that will respond to global climate change in very local ways.
The vulnerability assessment is available online through the U.S. Forest Service's Northern Research Station at: http://www.nrs.fs.fed.us/pubs/47885
"Information on climate change ranges in geographic and temporal scales, and is often hard to relate to forest management and planning," said Patricia Butler, the report's lead author and a climate change outreach specialist with the Northern Institute of Applied Climate Science, a collaboration of the Forest Service, Michigan Technological University, the Trust for Public Land, the University of Minnesota, and the National Council for Air and Stream Improvement. "Our intent was to create a climate change resource that is relevant to people who work, study, recreate, manage and care about forest ecosystems in the Central Appalachians region."
Over the next century, temperatures in the Central Appalachians are expected to increase in all four seasons. Other changes indicated in the assessment include:
Changes in precipitation and temperatures are likely to reduce habitat suitability for some tree species, including iconic species such as American beech, eastern hemlock, eastern white pine, red spruce, and sugar maple. Species with ranges that extend largely to the south - such as eastern redcedar, post oak, and shortleaf pine - may have increases in suitable habitat and biomass as the region warms.
"We're already working with public land managers and private landowners to make use of this valuable new information," said Scott Bearer, Senior Conservation Scientist with The Nature Conservancy and one of the assessment's co-authors. "With tools like this, enhancing forest resilience can become an essential component of forest management across the Appalachians."
"Confronting the challenges of a changing climate presents opportunities for managers and other decision-makers to plan ahead, foster resilient landscapes, and ensure that the benefits forests provide are sustained into the future," said Michael T. Rains, Director of the Northern Research Station and the Forest Products Laboratory. "Forest Service science is delivering tools and information that will help those in the Central Appalachians and throughout the nation meet this challenge."
Nearly 50 scientists and forest managers from the U.S. Forest Service, universities, and other organizations contributed to the assessment, which is was conducted as part of the Central Appalachians Climate Change Response Framework, a collaborative approach among researchers, managers, and landowners to incorporate climate change considerations into forest management. The Climate Change Response Framework is led by the Northern Institute of Applied Climate Science.
The U.S. Forest Service's contribution to helping land stewards and landowners adapt to climate change recently expanded with the unveiling of the USDA Regional Climate Hubs. The Northern Institute of Applied Climate Science is leading the Northern Forests Sub Hub, and the Climate Change Response Framework contributes products such as the Central Appalachians Forest Ecosystem Vulnerability Assessment to the Hub effort.

The above story is based on materials provided by USDA Forest Service - Northern Research Station.
Share to: