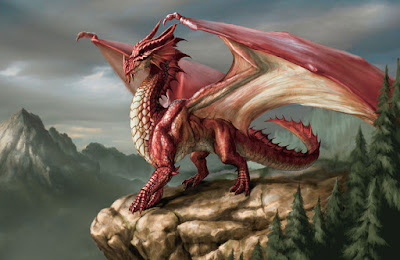 A new dinosaur cousin of Tyrannosaurus rex has been found in Wales, the first meat-eating dinosaur ever found in the country.
The fossilised skeleton of a theropod dinosaur, including razor sharp teeth, and claws, was discovered on a beach near Penarth in the Vale of Glamorgan. It was analysed by experts from The University of Manchester, University of Portsmouth and the National Museum Wales. This new dinosaur was a distant cousin of Tyrannosaurus rex and lived at the very earliest part of the Jurassic Period, 201 million years ago, possibly making it the oldest Jurassic dinosaur in the world.

The discovery was made by two brothers, Nick and Rob Hanigan while fossil hunting along the Lavernock beach in the Vale of Glamorgan after storms in spring 2014. After a cliff fall on the beach, they spotted several loose blocks containing part of the skeleton of a small dinosaur.

The fossilised bones were found spread across five slabs of rock and although some were preserved together in the correct position, others were scattered and separated by the actions of scavenging fish and sea-urchins. The specimen was preserved with the fossilised remains of these sea-urchins.

Dr John Nudds, senior lecturer in palaeontology at The University of Manchester said: "It is very rare to find this type of dinosaur at all and never before in Wales. In fact it is only the second dinosaur ever found in Wales. Theropods were vicious hunters who would prey on others. They were evolving rapidly at the start of the Jurassic period, but are only known from a few specimens worldwide. So this is a very exciting finding that could tell us a lot about how these species were evolving."


It is thought that the fossil was from a juvenile animal as some of its bones are not yet fully formed. Research is still underway, with a scientific paper in progress which will reveal the name of this new species. The fossil will be donated to the National Museum Wales.

Dr David Martill, reader in palaeobiology at University of Portsmouth said: "The new dinosaur was brought to my attention last year and I went up to Lancashire to see the specimen. There, laid out on the table, was the most beautiful little theropod dinosaur ever found in Europe. Although the bones were scattered on a few slabs of limestone, they were in excellent condition, and much of the skull appeared to be there. The teeth were small, but needle sharp, slightly curved and with the most wonderful steak-knife serrations on their edges.

"I then went to visit the discovery site, which showed that the dinosaur came from strata deposited exactly at the end of the Triassic and the start of the Jurassic. I now had the job to determine if this was a Triassic or Jurassic dinosaur. That took a lot of effort, but we are now convinced it is the first ever Jurassic dinosaur."

The Welsh dinosaur was a small, slim, agile dinosaur, probably only about 50cm tall, which had a long tail to help it balance. It lived at the time when south Wales was a coastal region, offering a warm climate. It had lots of small, blade-like, sharp, serrated teeth suggesting that it would have eaten insects, small mammals and other reptiles.

The dinosaur also probably had a fuzzy coating of simple proto-feathers, as did many theropod dinosaurs, and this would have been used for insulation and possibly display purposes. It may also have had simple quill-like structures for defence.

The rocks that contain the dinosaur fossil date back to a time immediately after the start of the Jurassic period, 201.3 million years ago. At that time, the dinosaurs were just starting to diversify and the Welsh specimen is almost certainly the earliest Jurassic dinosaur in the world. It is related to Coelophysis that lived approximately 203 to 196 million years ago in what is now the southwestern part of the United States of America. It also could be said to be a distant cousin of the much later Tyrannosaurus rex.

Nick Hanigan said: "This is a once in a lifetime find - preparing the skull and to seeing the teeth of a theropod for the first time in 200 million years was absolutely fantastic – you just can't beat that sort of thing!"

Note : The above story is based on materials provided by University of Manchester.
Share to: