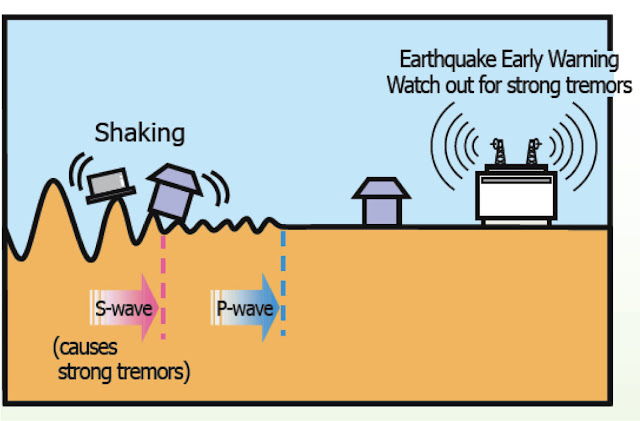 Seismologists at the University of Liverpool studying the 2011 Chile earthquake have discovered a previously undetected earthquake which took place seconds after the initial rupture.

This newly discovered phenomena which they called a `closely-spaced doublet' presents a challenge to earthquake and tsunami early warning systems as it increases the risk of larger-than-expected tsunamis in the aftermath of a typical subduction earthquake.

In a study published in Nature Geoscience, University researchers analysed in detail the seismic wave recordings from 2 January 2011 when an earthquake of magnitude 7 occurred in Chile along the plate boundary separating the subducting Nazca plate from the South American continent.

They discovered that just 12 seconds later and 30 km further offshore, a second rupture of a similar size, which was un-detected by national and global earthquake monitoring centres, occurred along an extensional (pull-apart) fault in the middle of the South American plate beneath the Pacific Ocean.

Liverpool seismologist, Professor Andreas Rietbrock, said: "Real-time global seismic monitoring and early warning events have come a long way and it is possible for a magnitude 5 or greater earthquake to be detected within a matter of minutes. Therefore, it is striking that an earthquake with magnitude close to 7 was effectively hidden from our standard monitoring systems."

"Previous doublet events have been documented in subduction zones before, but such instantaneous triggering of large ruptures at close distances has no known precedent. Such triggered events dramatically complicate potential earthquake impact assessments and tsunami early warning systems as the risk of a larger than expected tsunami is higher following a typical subduction earthquake."

Dr Stephen Hicks, who was part of the research team, said: "We believe that seismic waves travelling outward from the first rupture immediately shook up and weakened the shallower second fault, causing the hidden rupture. Scientists believe that the overlying plate at collisional plate boundaries is broken up on a large scale and contains networks of faults. It is plausible that similar closely-spaced doublets may occur elsewhere around the Pacific Ring of Fire. "

Professor Rietbrock added: "This work challenges the commonly-held notion that slip during large earthquakes may only occur along a single fault. The result was surprising as there was no indication of such a complicated rupture from global earthquake monitoring systems. "

"Our findings present a concern for tsunami early warning systems. Without real-time monitoring of seismometers located close to the fault, it is possible that tsunami and shaking hazard from future subduction earthquakes may be underestimated."

As part of the University's Liverpool Earth Observatory, seismologists are installing a seismic network in Southern Peru in close collaboration with the Geophysical Institute of Peru.

This area along the South American continental margin has the potential for a large magnitude 8+ earthquake and it is important to understand the associated seismic and tsunami hazard.