The Largest Blue Topaz Gemstone in The World (Photos)

THE WORLD’S biggest chunk of cut blue topaz gemstone has been unveiled 30 years after it was discovered by a swashbuckling British adventurer likened to Indiana Jones.

Max Ostro escaped death at the hands of the Nazis, braved malaria, and avoided piranha fish in his quest to find beautiful gems.

The stunning 9,381 carat stone will soon be on show in the National History Museum, so experts are unable to give an idea of its value because of insurance reasons.

However specialists have said the 2kg gem, about the size of a rugby ball, is certainly “worth millions” and is “essentially priceless”.

Ostro discovered the flawless blue stone in its natural form deep in the Amazon rainforest in Brazil in the mid 1980s.

The sparkling gem has been locked away in the Ostro family’s vaults ever since.

When Max passed away six years ago, his entrepreneur and philanthropist son Maurice Ostro OBE decided to use the family business to help in his charitable work. 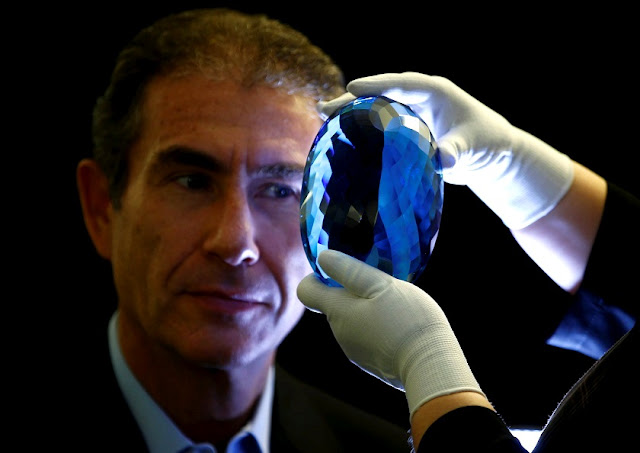 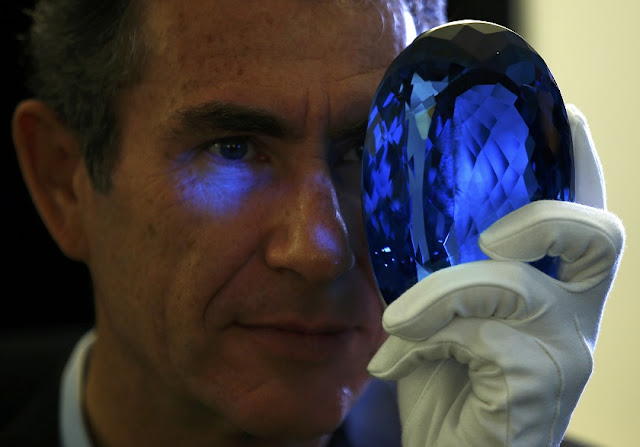