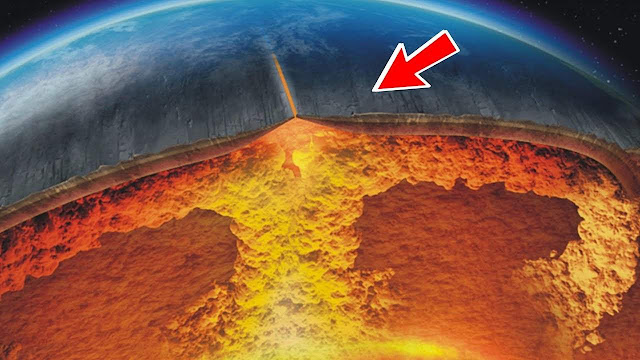 When Yellowstone National Park's Steamboat Geyser—which shoots water higher than any active geyser in the world—reawakened in 2018 after three and a half years of dormancy, some speculated that it was a harbinger of possible explosive volcanic eruptions within the surrounding geyser basin. These so-called hydrothermal explosions can hurl mud, sand and rocks into the air and release hot steam, endangering lives; such an explosion on White Island in New Zealand in December 2019 killed 22 people.

A new study by geoscientists who study geysers throws cold water on that idea, finding few indications of underground magma movement that would be a prerequisite to an eruption. The geysers sit just outside the nation's largest and most dynamic volcanic caldera, but no major eruptions have occurred in the past 70,000 years.

"Hydrothermal explosions—basically hot water exploding because it comes into contact with hot rock—are one of the biggest hazards in Yellowstone," said Michael Manga, professor of earth and planetary sciences at the University of California, Berkeley, and the study's senior author. "The reason that they are problematic is that they are very hard to predict; it is not clear if there are any precursors that would allow you to provide warning."

He and his team found that, while the ground around the geyser rose and seismicity increased somewhat before the geyser reactivated and the area currently is radiating slightly more heat into the atmosphere, no other dormant geysers in the basin have restarted, and the temperature of the groundwater propelling Steamboat's eruptions has not increased. Also, no sequence of Steamboat eruptions other than the one that started in 2018 occurred after periods of high seismic activity.

"We don't find any evidence that there is a big eruption coming. I think that is an important takeaway," he said.

Manga, who has studied geysers around the world and created some in his own laboratory, set out with his colleagues to answer three main questions about Steamboat Geyser: Why did it reawaken? Why is its period so variable, ranging from 3 to 17 days? and Why does it spurt so high?

The team found answers to two of those questions. By comparing the column heights of 11 different geysers in the United States, Russia, Iceland and Chile with the estimated depth of the reservoir of water from which their eruptions come, they found that the deeper the reservoir, the higher the eruption jet. Steamboat Geyser, with a reservoir about 25 meters (82 feet) below ground, has the highest column—up to 115 meters, or 377 feet—while two geysers that Manga measured in Chile were among the lowest—eruptions about a meter (3 feet) high from reservoirs 2 and 5 meters below ground.

To explore the reasons for Steamboat Geyser's variability, the team assembled records related to 109 eruptions going back to its reactivation in 2018. The records included weather and stream flow data, seismometer and ground deformation readings, and observations by geyser enthusiasts. They also looked at previous active and dormant periods of Steamboat and nine other Yellowstone geysers, and ground surface thermal emission data from the Norris Geyser Basin.

They concluded that variations in rainfall and snow melt were probably responsible for part of the variable period, and possibly for the variable period of other geysers as well. In the spring and early summer, with melting snow and rain, the underground water pressure pushes more water into the underground reservoir, providing more hot water to erupt more frequently. During winter, with less water, lower groundwater pressure refills the reservoir more slowly, leading to longer periods between eruptions. Because the water pushed into the reservoir comes from places even deeper than the reservoir, the water is decades or centuries old before it erupts back to the surface, he said.

In October, Manga's team members demonstrated the extreme impact water shortages and drought can have on geysers. They showed that Yellowstone's iconic Old Faithful Geyser stopped erupting entirely for about 100 years in the 13th and 14th centuries, based on radiocarbon dating of mineralized lodgepole pine trees that grew around the geyser during its dormancy. Normally the water is too alkaline and the temperature too high for trees to grow near active geysers. The dormancy period coincided with a lengthy warm, dry spell across the Western U.S. called the Medieval Climate Anomaly, which may have caused the disappearance of several Native American civilizations in the West.

"Climate change is going to affect geysers in the future," Manga said.

Manga and his team were unable to determine why Steamboat Geyser started up again on March 15, 2018, after three years and 193 days of inactivity, though the geyser is known for being far more variable than Old Faithful, which usually goes off about every 90 minutes. They could find no definitive evidence that new magma rising below the geyser caused its reactivation.

The reactivation may have to do with changes in the internal plumbing, he said. Geysers seem to require three ingredients: heat, water and rocks made of silica—silicon dioxide. Because the hot water in geysers continually dissolves and redeposits silica—every time Steamboat Geyser erupts, it brings up about 200 kilograms, or 440 pounds of dissolved silica. Some of this silica is deposited underground and may change the plumbing system underneath the geyser. Such changes could temporarily halt or reactivate eruptions if the pipe gets rerouted, he said.

Manga has experimented with geysers in his lab to understand why they erupt periodically, and at least in the lab, it appears to be caused by loops or side chambers in the pipe that trap bubbles of steam that slowly dribble out, heating the water column above until all the water can boil from the top down, explosively erupting in a column of water and steam.

Studies of water eruptions from geysers could give insight into the eruptions of hot rock from volcanoes, he said.

"What we asked are very simple questions and it is a little bit embarrassing that we can't answer them, because it means there are fundamental processes on Earth that we don't quite understand," Manga said. "One of the reasons we argue we need to study geysers is that if we can't understand and explain how a geyser erupts, our hope for doing the same thing for magma is much lower."

The above story is based on materials provided by University of California - Berkeley.