What Is Orbicular Granite? 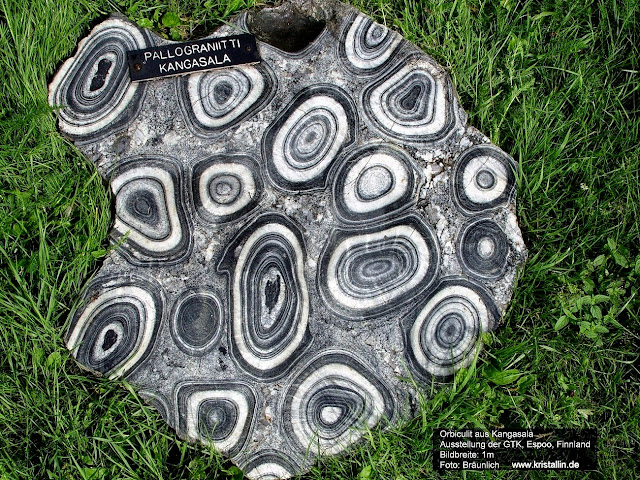 Orbicular granite (also known as orbicular rock or orbiculite) is an uncommon plutonic rock type which is usually granitic in composition. These rocks have a unique appearance due to orbicules - concentrically layered, spheroidal structures, probably formed through nucleation around a grain in a cooling magma chamber. Almost one third of known orbicular rock occurrences are from Finland. The occurrences are usually very small.

The orbicules are formed by crystallisation from a fluid-rich supercooled dioritic magma nucleated on seed crystals. The orbicules appear to have settled under gravity while each was still a skeletal mesh of crystals, since the orbicules are frequently deformed or moulded against one another.

The accumulation of orbicules depletes the magma in mafic elements, and increases the silica and fluid content, and the granite nature of the matrix. Biotite flakes cut primary crystals and are thought to be secondary.