The term volcanic ash is also often loosely used to refer to all explosive eruption products (correctly referred to as tephra), including particles larger than 2mm. Volcanic ash is formed during explosive volcanic eruptions when dissolved gases in magma expand and escape violently into the atmosphere.

The force of the escaping gas shatters the magma and propels it into the atmosphere where it solidifies into fragments of volcanic rock and glass. Ash is also produced when magma comes into contact with water during phreatomagmatic eruptions, causing the water to explosively flash to steam leading to shattering of magma. Once in the air, ash is transported by wind up to thousands of kilometers away. 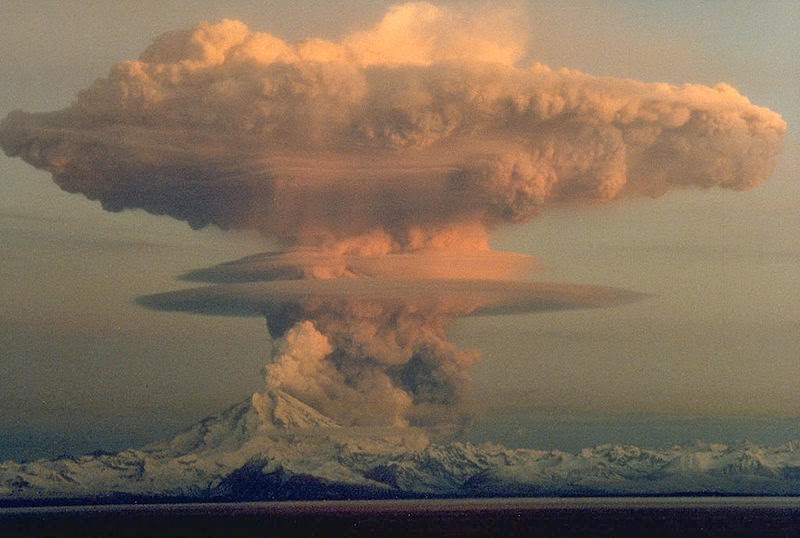 Volcanic ash is formed during explosive volcanic eruptions, phreatomagmatic eruptions and during transport in pyroclastic density currents.
Explosive eruptions occur when magma decompresses as it rises, allowing dissolved volatiles
(dominantly water and carbon dioxide) to exsolve into gas bubbles. As more bubbles nucleate a foam is produced, which decreases the density of the magma, accelerating it up the conduit. Fragmentation occurs when bubbles occupy ~70-80 vol% of the erupting mixture.

When fragmentation occurs, violently expanding bubbles tear the magma apart into fragments which are ejected into the atmosphere where they solidify into ash particles. Fragmentation is a very efficient process of ash formation and is capable of generating very fine ash even without the addition of water.
Share to: