are geological records of biological activity. Trace fossils may be impressions made on the substrate by an organism: for example, burrows, borings (bioerosion), urolites (erosion caused by evacuation of liquid wastes), footprints and feeding marks, and root cavities. The term in its broadest sense also includes the remains of other organic material produced by an organism — for example coprolites (fossilized droppings) or chemical markers — or sedimentological structures produced by biological means - for example, stromatolites. Trace fossils contrast with body fossils, which are the fossilized remains of parts of organisms' bodies, usually altered by later chemical activity or mineralization.

Sedimentary structures, for example those produced by empty shells rolling along the sea floor, are not produced through the behaviour of an organism and not considered trace fossils. 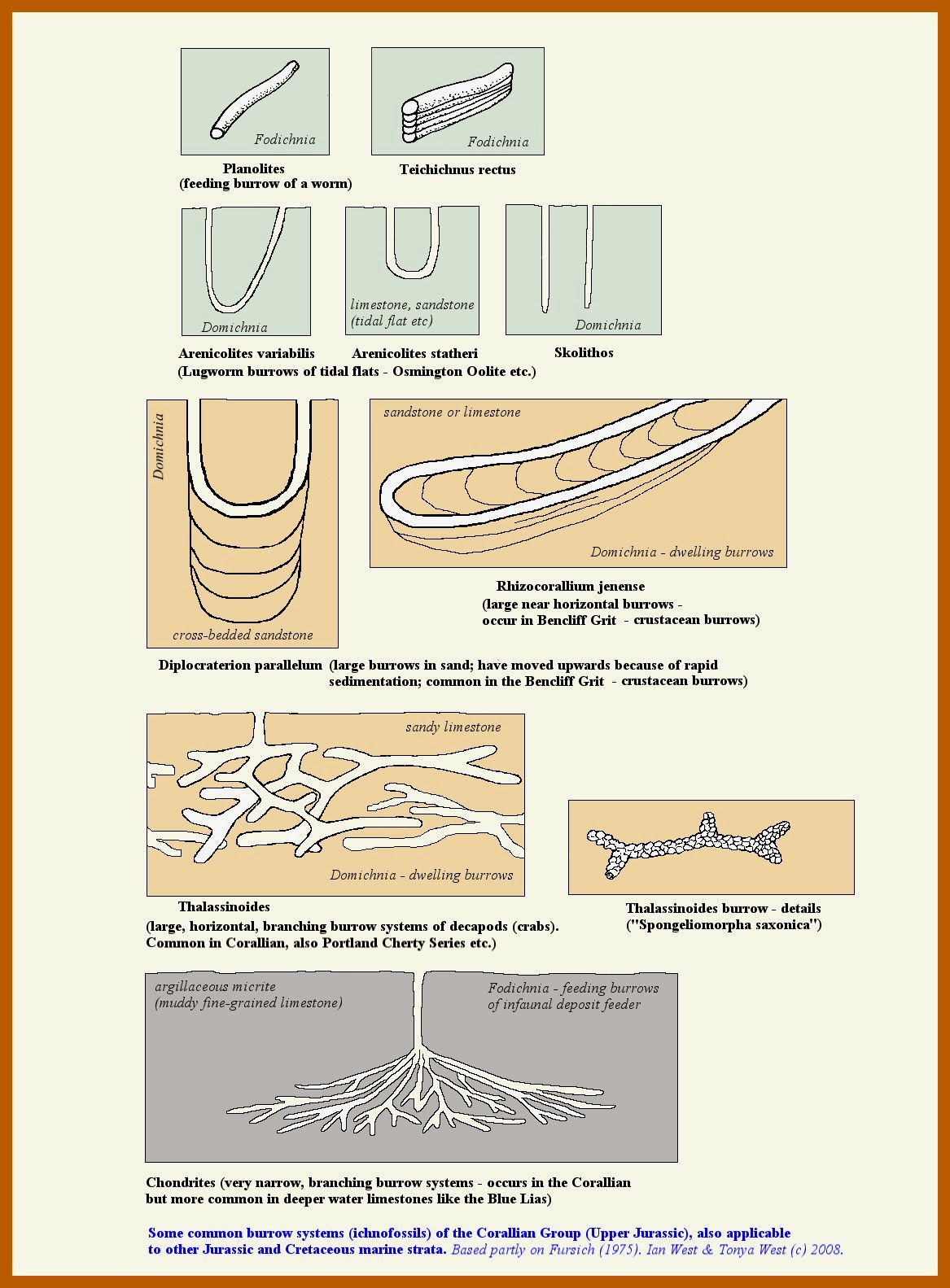