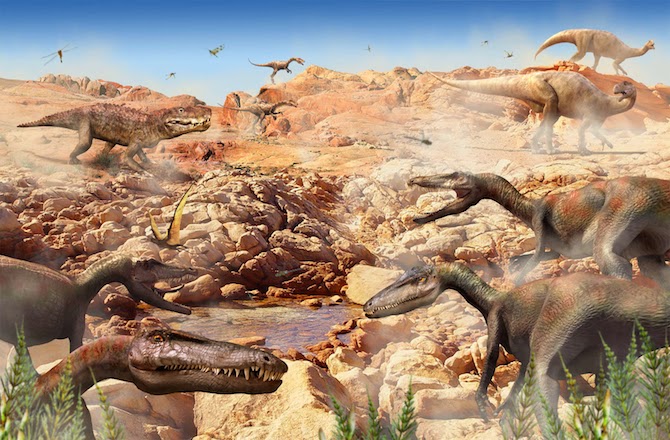 BY JENNIFER VIEGAS
Dinosaurs have always wielded claws, from the earliest now-extinct species to today's birds, but a new study has determined that dino claw types changed a lot as these animals evolved into modern birds.
"Other skeletal features changed as well, either as a response to a different diet or to optimize flight," the study's author, Stephan Lautenschlager, told Discovery News.
Lautenschlager, a vertebrate paleontologist at the University of Bristol, added that the first dinosaur claws "were recurved and short." As dinosaurs evolved during the Triassic, claw types began to vary. In this image from the book "Dinosaur" by Steve Brusatte, a herd of primitive carnivorous dinosaurs is enveloped by a sandstorm while a large crocodile-like animals and dinosaurs lurk in the background. Lautenschlager notes that the carnivores had claws that were "used to grasp and hold down prey." Some herbivore claws looked more like hooves.
Share to: