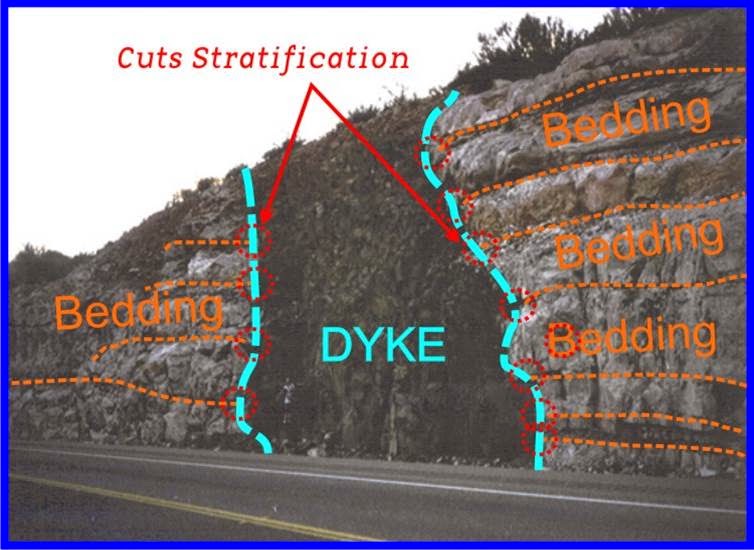 A dike or dyke is a sheet of rock that formed in a crack in a pre-existing rock body. However, when the crack is between the layers in a layered rock, it is called a sill, not a dike. It is a type of tabular or sheet intrusion, that either cuts across layers in a planar wall rock structures, or into a layer or unlayered mass of rock. 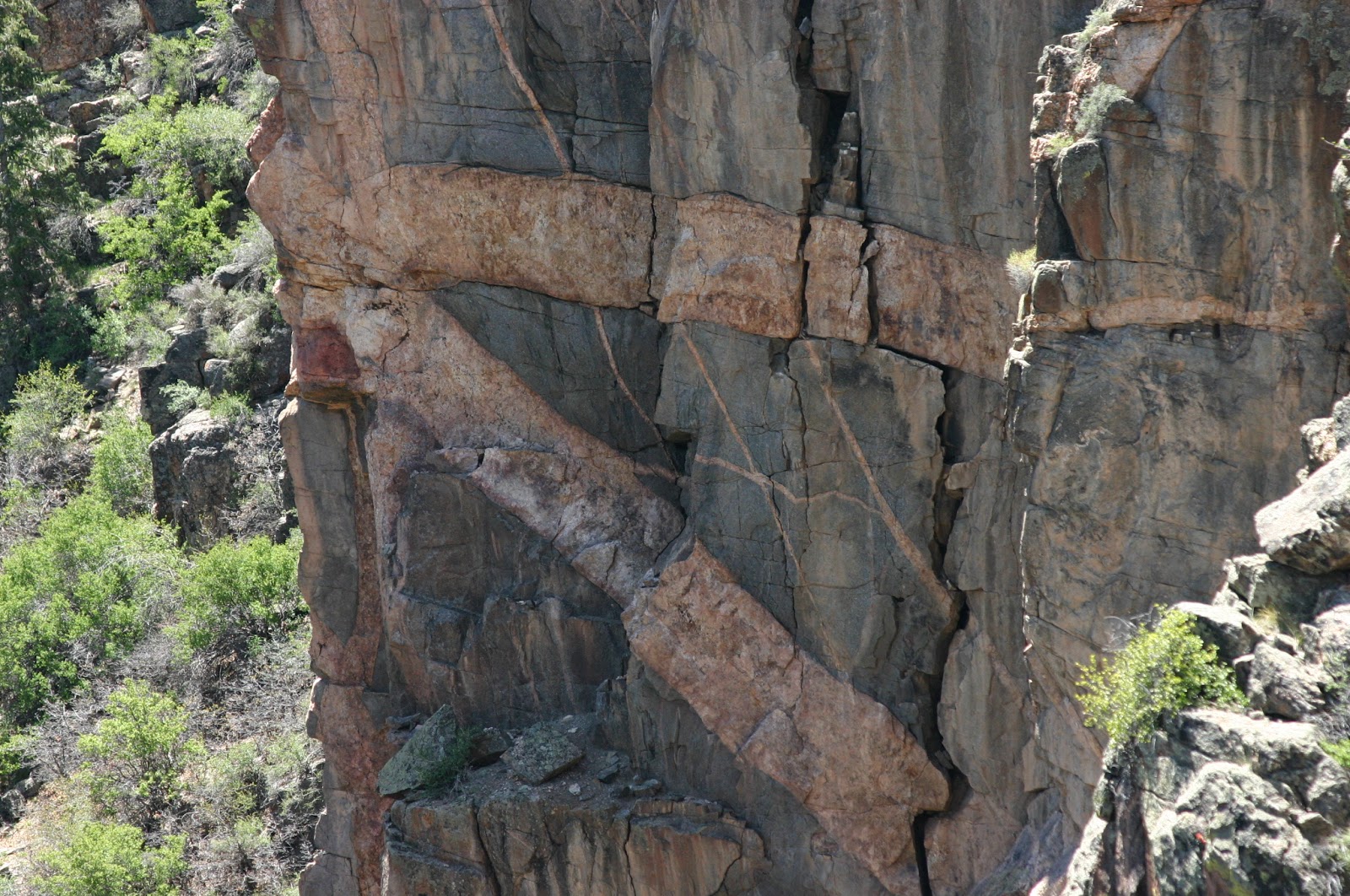 An intrusive dike is an igneous body with a very high aspect ratio, which means that its thickness is usually much smaller than the other two dimensions. Thickness can vary from sub-centimetre scale to many metres, and the lateral dimensions can extend over many kilometres.

A dike is an intrusion into an opening cross-cutting fissure, shouldering aside other pre-existing layers or bodies of rock; this implies that a dike is always younger than the rocks that contain it.

Dikes are usually high-angle to near-vertical in orientation, but subsequent tectonic deformation may rotate the sequence of strata through which the dike propagates so that the dike becomes horizontal. Near-horizontal, or conformable intrusions, along bedding planes between strata are called intrusive sills.
Share to: