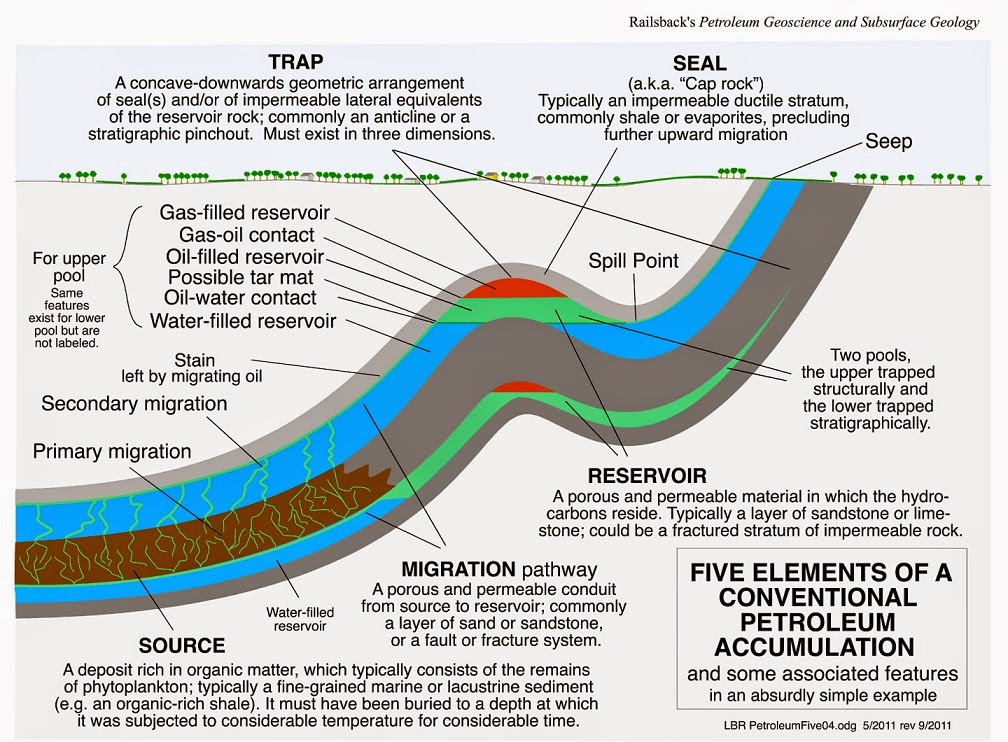 The Petroleum System consists of a mature source rock, migration pathway,reservoir rock, trap and seal. Appropriate relative timing of formation of these elements and the processes of generation, migration and accumulation are necessary for hydrocarbons to accumulate and be preserved.

Exploration plays and prospects are typically developed in basins or regions in which a complete petroleum system has some likelihood of existing.

The formation of hydrocarbon liquids from an organic rich source rock with kerogen and bitumen to accumulates as oil or gas.
Generation depends on three main factors:
Migration

The movement of hydrocarbons from their source into reservoir rocks.

The phase in the development of a petroleum system during which hydrocarbons migrate into and remain trapped in a reservoir.


A subsurface body of rock having sufficient porosity and permeability to store and transmit fluids.

An impermeable rock that acts as a barrier to further migration of hydrocarbon liquids.
Rocks that forms a barrier or cap above and around reservoir rock  forming a trap such that fluids cannot migrate beyond the reservoir. The permeability of a seal capable of retaining fluids through geologic time is   ~  10-6 to 10-8 darcies.  commonly
Trap

A configuration of rocks suitable for containing hydrocarbons and sealed by a relatively impermeable formation through which hydrocarbons will not migrate.
Traps are described as
Share to: