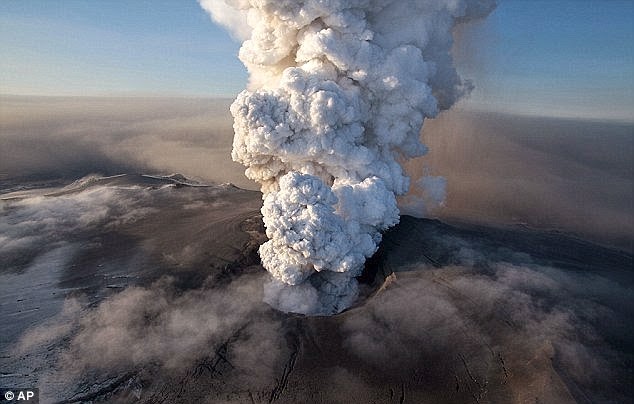 Scientists at Queen's University Belfast have led the discovery of a volcanic ash cloud that travelled from Alaska to Northern Ireland and beyond - overturning previously held assumptions about how far ash deposits can drift, with major implications for the airline industry.

The discovery, which was made in partnership with an international team of academics and has been published in the journal Geology, is the first evidence that ash clouds can travel across the Atlantic Ocean, confirming Queen's as a global leader in research. This particular ash, found in sites across Europe, including Sluggan Bog near Randalstown, Co Antrim, has been traced to an eruption from Mount Bona-Churchill in Alaska, around AD 847.

The discovery has significant implications for the aviation industry as well as environmental science, illustrating Queen's impact on a global scale. The plumes spewed out by the volcano Eyjafjallajokull, in Iceland in 2010, caused major disruption and grounded over 100,000 international flights, costing airlines more than £2 billion.

With volcanoes like Mount Bona-Churchill - much more volatile than Eyjafjallajokull - scheduled to erupt on average every 100 years, another ash-cloud drama could be imminent, this time with consequences for trans-Atlantic as well as European travel.

Lead researcher Dr Britta Jensen from Queen's School of Geography, Archaeology and Paleoecology (GAP) said: "The ash, or tephra, is from Mount Bona-Churchill where it is called the White River Ash and occurs as a thick white layer spreading eastwards into Canada. Using chemical 'fingerprinting', the team has matched it to a tephra layer which occurs in Ireland, Norway, Germany and Greenland, where it is called the AD860B. For the past 20 years or so, European researchers assumed that AD860B came from a relatively nearby volcano in Iceland, which is the source of most ash in Europe, including that from Eyjafjallajokull in 2010. However, the AD860B never quite fitted with what researchers knew of volcanoes in Iceland."

Co-researcher Dr Sean Pyne-O'Donnell from Queen's School of GAP said the discovery was also significant in advancing knowledge across other disciplines, particularly in the area of climate change: "The layer was deposited very quickly after eruption, probably within a matter of days and can be used to precisely date and compare the relative timing of any environmental or archaeological events associated with it by tephro-chronology. This makes the layer very useful for researchers wanting to link together how climate behaved in distant parts of the world at this time. Such information is vital for climate scientists attempting to explain how climate worked in the past compared with the present. The team also speculates that other tephra layers from similar trans-Atlantic eruptions may yet be uncovered in other Irish sites."

The above story is based on materials provided by Queen's University Belfast.
Share to: