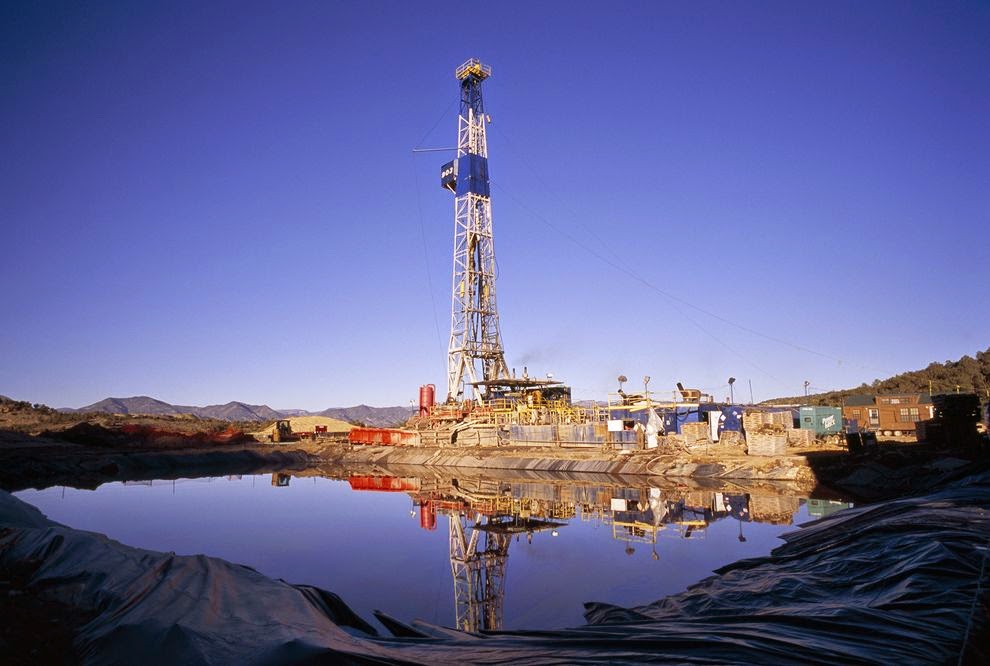 Oil and gas operations in the United States produce about 21 billion barrels of wastewater per year. The saltiness of the water and the organic contaminants it contains have traditionally made treatment difficult and expensive.

Engineers at the University of Colorado Boulder have invented a simpler process that can simultaneously remove both salts and organic contaminants from the wastewater, all while producing additional energy. The new technique, which relies on a microbe-powered battery, was recently published in the journalEnvironmental Science Water Research & Technologyas the cover story.
"The beauty of the technology is that it tackles two different problems in one single system," said Zhiyong Jason Ren, a CU-Boulder associate professor of environmental and sustainability engineering and senior author of the paper. "The problems become mutually beneficial in our system -- they complement each other -- and the process produces energy rather than just consumes it."
The new treatment technology, called microbial capacitive desalination, is like a battery in its basic form, said Casey Forrestal, a CU-Boulder postdoctoral researcher who is the lead author of the paper and working to commercialize the technology. "Instead of the traditional battery, which uses chemicals to generate the electrical current, we use microbes to generate an electrical current that can then be used for desalination."
This microbial electrochemical approach takes advantage of the fact that the contaminants found in the wastewater contain energy-rich hydrocarbons, the same compounds that make up oil and natural gas. The microbes used in the treatment process eat the hydrocarbons and release their embedded energy. The energy is then used to create a positively charged electrode on one side of the cell and a negatively charged electrode on the other, essentially setting up a battery.
Because salt dissolves into positively and negatively charged ions in water, the cell is then able to remove the salt in the wastewater by attracting the charged ions onto the high-surface-area electrodes, where they adhere.
Not only does the system allow the salt to be removed from the wastewater, but it also creates additional energy that could be used on site to run equipment, the researchers said.
"Right now oil and gas companies have to spend energy to treat the wastewater," Ren said. "We are able to treat it without energy consumption; rather we extract energy out of it."
Some oil and gas wastewater is currently being treated and reused in the field, but that treatment process typically requires multiple steps -- sometimes up to a dozen -- and an input of energy that may come from diesel generators.
Because of the difficulty and expense, wastewater is often disposed of by injecting it deep underground. The need to dispose of wastewater has increased in recent years as the practice of hydraulic fracturing, or "fracking," has boomed. Fracking refers to the process of injecting a slurry of water, sand and chemicals into wells to increase the amount of oil and natural gas produced by the well.
Injection wells that handle wastewater from fracking operations can cause earthquakes in the region, according to past research by CU-Boulder scientists and others.
The demand for water for fracking operations also has caused concern among people worried about scarce water resources, especially in arid regions of the country. Finding water to buy for fracking operations in the West, for example, has become increasingly challenging and expensive for oil and gas companies.
Ren and Forrestal's microbial capacitive desalination cell offers the possibility that water could be more economically treated on site and reused for fracking.
To try to turn the technology into a commercial reality, Ren and Forrestal have co-founded a startup company called BioElectric Inc. In order to determine if the technology offers a viable solution for oil and gas companies, the pair first has to show they can scale up the work they've been doing in the lab to a size that would be useful in the field.
The cost to scale up the technology also needs to be competitive with what oil and gas companies are paying now to buy water to use for fracking, Forrestal said. There also is some movement in state legislatures to require oil and gas companies to reuse wastewater, which could make BioElectric's product more appealing even at a higher price, the researchers said.
Ren and Forrestal have received funds from the National Science Foundation to work on scaling up the water treatment cell. The grant came after the pair participated in NSF's Innovation Corps Program -- aimed at pushing NSF-funded research beyond the lab -- and took first place in their class.
Ren and Forrestal also worked with researchers Zachary Stoll and Pei Xu at New Mexico State University. Stoll and Xu are also co-authors of the article.

The above story is based on materials provided by University of Colorado at Boulder. Note: Materials may be edited for content and length.
Share to: