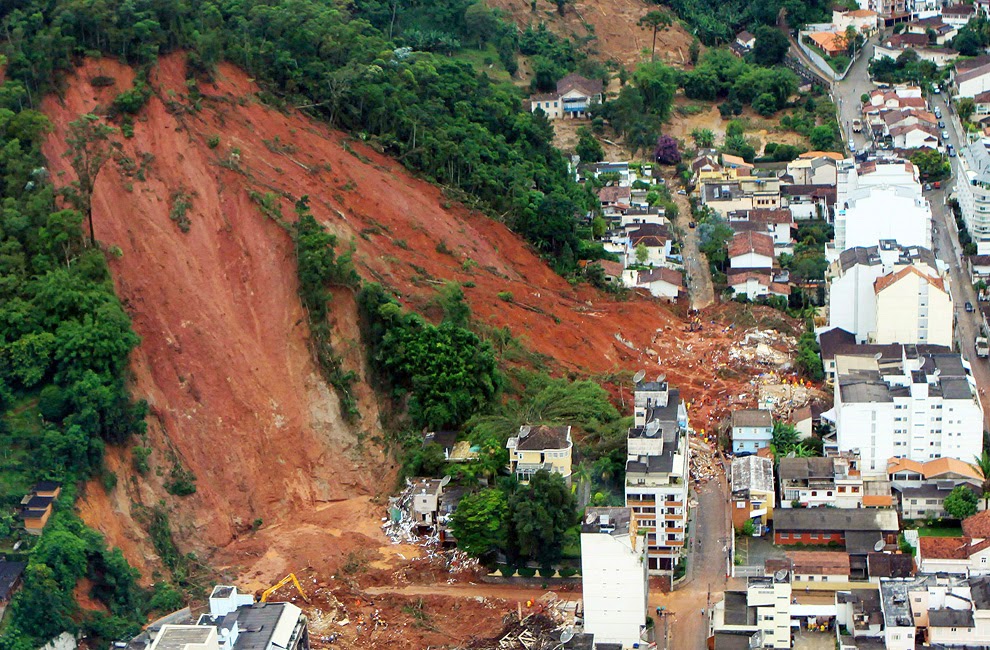 As the anniversary of the most fatal landslide in the history of the continental United States approaches, we are reminded of the importance of evaluating geologic hazards and communicating that information to communities that may be at risk. The Oso landslide occurred March 22, 2014, wiping out a small community near Oso, Washington, and killing 43 people.

"This tragic event can be used to increase awareness, improve communication, and formulate better policy for people living in high hazard areas," said Matt Crawford of the Kentucky Geological Survey at the University of Kentucky
According to the U.S. Geological Survey, landslides occur in all 50 states, causing $2 to 3 billion in damage and 25 to 50 fatalities annually.
Crawford was invited to attend and give a presentation at the Association of Environmental and Engineering Geologists (AEG) professional forum on landslides in Seattle last month, and while there he visited the Oso landslide. He said many wide-ranging lessons were learned from this disaster, including careful attention to history and behavior of past landslides, an understanding of local geology, an awareness of weather variability, and the need for more clear and consistent communication to the public.
The AEG forum brought together private and public sector landslide experts, public officials, planners, and insurers to discuss efforts to better protect the public and infrastructure. A common goal was developing strategies to help bridge the gap between scientists and the public about landslide hazards and risk. Some of these strategies were: (1) coordinate between federal, state, and local agencies (2) develop landslide hazard maps or other technical information, and (3) communicate information about landslide hazards that is understandable and can be incorporated into planning and slope development policies.
Currently, the United States does not have consistent data collection standards or national maps that can be used to quantify risk. The public perception of landslide risk is highly variable, mainly because landslide types, processes, and their threats also vary, even in local areas. Landslide damage is typically excluded from homeowner policies, and any landslide assistance programs are commonly restricted to FEMA and local emergency management efforts.
Although the exact costs for mitigating landslides in Kentucky are not known, they are significant.
Data collected since 2000 from the Kentucky Transportation Cabinet, which documents landslide and rockfall damage and repairs along roadways, suggest mitigation costs exceed $10 million per year. Data collected from 2003 to 2013 show the Kentucky Hazard Mitigation Grant Program funded projects that acquired landslide-damaged homes or stabilized a landslide-affected area totaled $5.3 million. Along the Mississippi River in Hickman, one of the largest landslides in the state affected numerous buildings and the town's water supply, costing the U.S. Army Corp of Engineers more than $17 million to stabilize the slope.
KGS coordinates multiple efforts to assess, communicate, and mitigate landslide hazards. The Survey developed and maintains a landslide inventory database and interactive landslide information map that provides known landslide locations in a geologic and geomorphic context. The inventory database contains almost 2,400 landslide locations and is continually updated.
"The map is an excellent tool to communicate landslide hazards to local communities and officials who make decisions regarding risk," Crawford said. "We are also conducting site-specific research that will collect data about landslide type, material properties, triggering potential, and overall stability."
The KGS landslide inventory and delivery of landslide research data has resulted in collaborations with state and local governments. Crawford says effective communication with these stakeholders is necessary to move toward proactive solutions in order to reduce loss, instead of retroactively focusing on outcomes of events that have already caused damage.
Although an event of the magnitude of Oso may not happen in Kentucky, for a variety of geologic and geomorphic reasons, landslides are still a threat to many neighborhoods and infrastructure. Several Kentucky homes have been damaged, abandoned, and even destroyed by landslides. Along with heartbreaking direct costs, indirect costs such as loss of tax revenue, property value, road closures, and litigation expenses are difficult to quantify.
"Citizens deserve to be informed in order to make progress to reduce these losses," Crawford said.

The above story is based on materials provided by University of Kentucky. Note: Materials may be edited for content and length.
Share to: