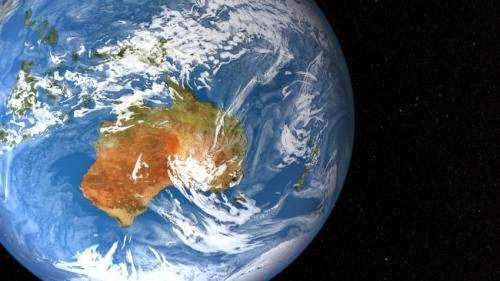 Around 55 million years ago, an abrupt global warming event triggered a highly corrosive deep-water current through the North Atlantic Ocean. The current's origin puzzled scientists for a decade, but an international team of researchers has now discovered how it formed and the findings may have implications for the carbon dioxide emission sensitivity of today's climate.

The researchers explored the acidification of the ocean that occurred during a period known as the Paleocene Eocene Thermal Maximum (PETM), when the Earth warmed 9 degree Fahrenheit in response to a rapid rise in carbon dioxide in the atmosphere and subsequently one of the largest-ever mass extinctions occurred in the deep ocean. They report their findings in today's (May 11) issue of Nature Geoscience.

This period closely resembles the scenario of global warming today.

"There has been a longstanding mystery about why ocean acidification caused by rising atmospheric carbon dioxide during the PETM was so much worse in the Atlantic compared to the rest of the world's oceans," said lead author Kaitlin Alexander, ARC Centre of Excellence for Climate System Science, University of New South Wales, Australia. "Our research suggests the shape of the ocean basins and changes to ocean currents played a key role in this difference. Understanding how this event occurred may help other researchers to better estimate the sensitivity of our climate to increasing carbon dioxide."

To get their results the researchers recreated the ocean basins and land masses of 55 million years ago in a global climate model.

The simulations showed this ridge became filled with extremely corrosive water from the Arctic Ocean, which mixed with dense salty water from the Tethys Ocean and sank to the seafloor, where it accumulated. The sediment in this area indicates the water was so corrosive that it dissolved all the calcium carbonate produced by organisms that settled on the ocean floor.

When the Earth warmed as a result of a rapid increase in atmospheric carbon dioxide, it eventually warmed this corrosive bottom water. As this water warmed it became less dense and denser water sinking from above replaced it. The corrosive deep water was pushed up and spilled over the edge of the giant "bathtub" and flowed into the South Atlantic.

"That corrosive water spread south through the Atlantic, then east into the Southern Ocean and eventually made its way to the Pacific," said Tim Bralower, professor of geosciences, Penn State. "The pattern of the event corresponds very closely to what the sediment records tell us. Those records show almost 100 percent dissolution of calcium carbonate in the South Atlantic sediment."

Determining how the event occurred also has important implications for today's climate and how it might warm in response to increases in atmospheric carbon dioxide.

If the high amount of acidification in the Atlantic Ocean was an indication of global acidification, then it would suggest enormous amounts of carbon dioxide are necessary to increase temperatures by 9 degrees Fahrenheit. However, these latest findings suggest that other factors made the Atlantic bottom water more corrosive than in other ocean basins.

"We now understand why the dissolution of sediments in the Atlantic Ocean was different from records in other ocean basins," said Katrin Meissner, associate professor, Climate Change Research Centre, University of New South Wales. "Using all sediments combined we can now estimate that the amount of greenhouse gases released into the atmosphere causing a temperature rise of 5°C (9 degrees Fahrenheit), was around the carbon dioxide equivalent of 7,000 to10,000 gigatons of carbon. This is similar to the amount of carbon available in fossil fuel reservoirs today."

The big difference between the PETM and the alteration to the current climate is the speed of the change, said Alexander.

"Today we are emitting carbon dioxide into the atmosphere ten times faster than the rate of natural carbon dioxide emissions during the PETM," said Alexander. "If we continue as we are, we will see the same temperature increase that took a few thousand years during the PETM occur in just a few hundred years. This is an order of magnitude faster and likely to have profound impacts on the climate system."