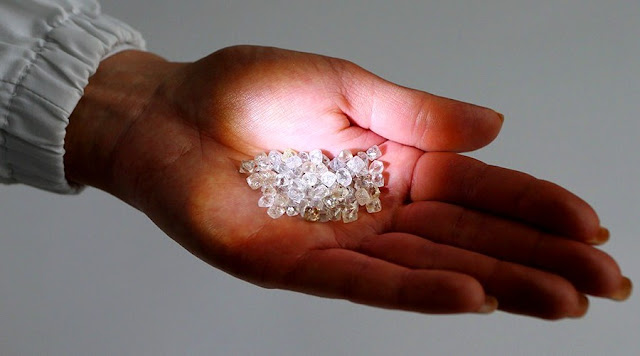 Geologists have found a new type of diamond in the frozen lava eruption of the Tolbachik volcano in Kamchatka. The diamonds are large and of a new type, the Ministry of Science of the Russian Federation reports.

“The solidified lava of the Tolbachik eruption (2012-2013) carries within it a new and never-before-seen type of diamond. They are named — Tolbachik diamonds.


According to the Russian geologists these unique diamonds are not formed in the magmatic melt but are created by volcanic gases under pressure and as a result of crystallization under the influence of electrical discharges of lightning,” the report read.

Its eruptive history stretches back thousands of years, but the latest fissure eruption started in November 2012 and sent rivers of lava over tens of kilometers in the summit area and the southern slope.


The statement by the ministry further read that, “From a small sample of solidified lava there were several hundred diamonds recovered – that’s a lot! This is the number of diamonds that can only be compared with abnormally high enrichment of diamond lava rocks on the field of Dachin in India (77 diamonds in a 1-kilogram sample) and an unusual magmatic rock in Canada (1,500 diamonds in 28-kilogram sample).”

In size the Tolbachik diamonds are large enough for the lava rocks — from 250 to 700 microns. All of these facts have allowed geologists to conclude that at least some of the lava yields are diamondiferous.