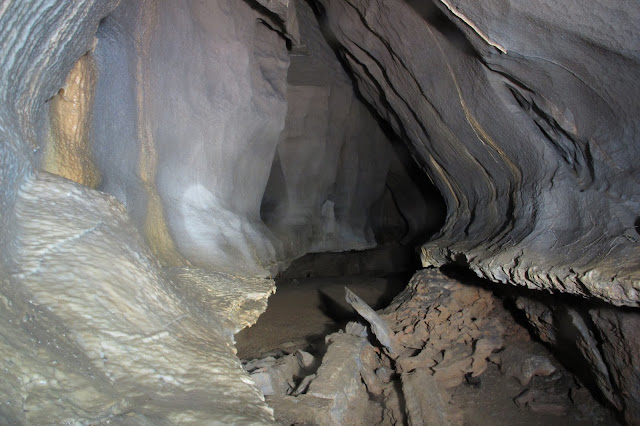 Scientists have solved a decades-old geological mystery into what caused the death of a Florida cave diver.


In 1991, an experienced cave diver named Parker Turner and his diving partner Bill Gavin were mapping caves in Indian Springs, a cavernous fresh water spring in the Florida Panhandle.

Strong currents kicked up silt and sand and their visibility was cut from about 80 feet to six inches. As they tried to make their way to the surface, they found the narrow passageway out of the cave blocked. Gavin was able to force his way through, but when he returned for Parker, he could not find him. Parker drowned.

Scientists were at a loss. All they knew from four other divers who were already out of the water at the time the accident occurred was that the water level had abruptly dropped and seemed to stir up the loose sand and silt.

"There was a lot of friction and disagreement in the diving and geological community over what exactly happened here," said Doron Nof, the Distinguished Nansen Professor of Physical Oceanography at Florida State University.

But now, more than 20 years later, Nof has an answer.

The answer lay in the diver's regular diving process. At the end of a dive, divers must engage in a process called decompression, which eliminates the dissolved inert gases from the diver's body. In this case, a diver had begun to decompress in an air pocket, which sent bubbles to the top surface of the cave.

On the face of it, that might not seem like a big deal. But bubbles change the levels of buoyancy in the cave, which affects the stability of the rock and sediment that make up the ceiling and walls. Because the buoyancy changed, loose parts of limestone effectively weighed more and came crashing down blocking the pathway for the divers.

"It's almost like having a mudslide underwater," Nof said.

Nof, a cave diver himself, was already working at Florida State at the time of the 1991 accident and was fascinated by the mystery, both as a diver and a scientist. He toyed with different theories on and off, but this year, finally decided to dedicate himself to setting up experiments to find an answer.

He and his team had suspected buoyancy levels likely played a role in the problem, so he designed an experiment to test how material could fall from the surface.

With the help of FSU's Geophysical Fluid Dynamics Institute, researchers created a circular glass structure that they filled with an orange liquid. At the top of the structure the team attached a strong magnet and let a metal ball hang from that magnet into the fluid.

To start the experiment, they pushed air through a line into the structure. As bubbles started moving to the top, the ball began to wobble. After a few seconds, it plunked to the bottom of the glass, illustrating how sediment or limestone could have done the same in a cave.

"Because of the bubbles, the buoyancy is reduced," Nof said. "So, the object weighs more."

Nof reported his results in the journal PLOS One. Graduate student Lakshika Girihagama and Cathrine Hancock, a researcher with the Geophysical Fluid Dynamics Institute, also contributed to this research.


The above post is reprinted from materials provided by Florida State University. Note: Materials may be edited for content and length.