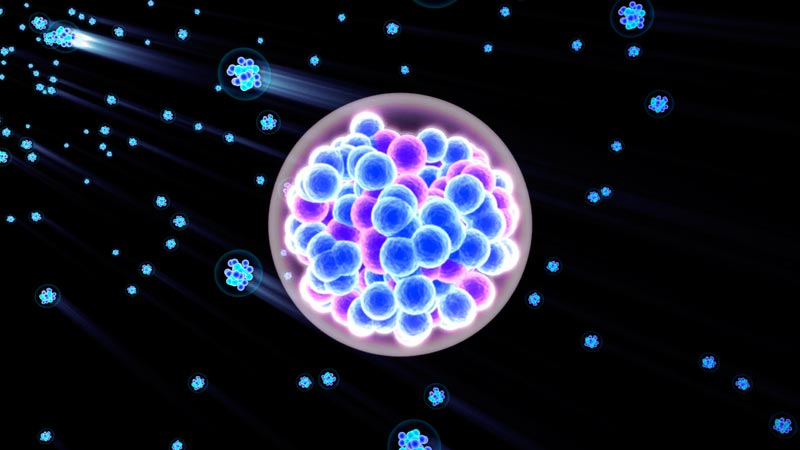 But until now, they have only been able to parse inputs of such elements as carbon or nitrogen in a system when there are two sources. Yet many natural systems may have three or more interdependent sources, leaving researchers unable to separate inputs from one source to another, and hindering them from understanding how sources may interact with each other to affect overall carbon or nitrogen cycling in that system.

A Cornell study in the Nov. 4 issue of Nature Communications describes a new method that allows geoscientists to tease out the exact inputs from three different sources.

"It is important for understanding greenhouse gas emissions, microbial interactions, sources of leaching of nutrients into a river, when we have three sources where an element can come from," said Johannes Lehmann, professor of soil and crop sciences, and a co-author of the paper. Thea Whitman, Ph.D. '14, a former graduate student in Lehmann's lab, is the paper's first author.

Whitman and Lehmann developed their method to quantify inputs from three sources by doing experiments on soil carbon dioxide emissions from the interaction of microbial mineralization of soil organic carbon, root respiration and biochar, which they added to the system.

To measure carbon from two sources, for example, researchers look within sources for signatures of two isotopes of carbon, which are species of carbon with different atomic weights. In this way, researchers may run simple equations to derive the carbon inputs from each source. But such equations using two isotopes don't work with three sources.

With three sources, the researchers created a second plot experiment identical to the original plot, except they altered one of the sources such that compared to the first experiment, it had a different isotope ratio (the ratio between carbon 12 and carbon 13 within the source sample, for example). For instance, in a scenario where the researchers test carbon emissions from soil, compost and a plant, the researchers might add compost in the second plot that has 10 percent of the heavier isotope, compared to 5 percent in the original sample.

With distinct measurements from all three sources, the rest is algebra.

In the study, the researchers used this new method to determine that the presence of plant roots decreased carbon dioxide losses from soil organic carbon when biochar was added to soil. This effect would have remained undetected without the new method. Such interactions between roots, soil organic carbon and organic amendments are important for current efforts to sequester carbon in soils as a way to mitigate climate change, Lehmann said.