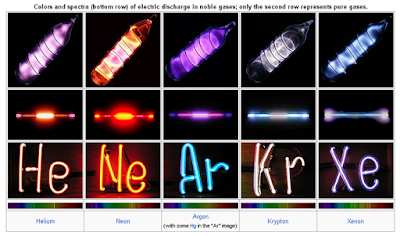 With every breath we take, we inhale not only oxygen, but also a mix of gases. This mixture includes carbon dioxide and nitrogen, but also a gas called argon. Neon, the gas that illuminates the signs of all-night diners, is also in the mix.

Our lungs recycle atmospheric argon and neon, in and out with every breath, but lungs are not alone in the recycling game. The Earth, itself, recycles atmospheric gases into the deep Earth and back to the surface again, but on a much longer time scale.

A new study by Suzanne Baldwin, the Michael G. and Susan T. Thonis Professor of Earth Sciences, and Jayeshkumar Das, a research associate of Earth sciences, brings insight to how atmospheric noble gases, in particular argon and neon, cycle from the surface to the Earth's mantle, and back to the surface again. Their study, 'Atmospheric Ar and Ne returned from mantle depths to the Earth's surface via forearc recycling,' is in the early edition of Proceedings of the National Academy of Sciences.

Argon and neon are noble gases that have been around since our solar system formed 4.6 billion years ago, from a vast cloud of gas and dust. The Earth formed from an accumulation of gas, dust, and small planetary objects. Because noble gases are chemically inert at conditions relevant to processes on Earth, they don't react with other elements.

"The fact that the noble gases don't react with other elements makes them excellent tracers for understanding the geochemical evolution of Earth and its atmosphere," Baldwin says.

Slightly different forms, or isotopes, of neon and argon exist in the Earth and atmosphere. "Measuring the isotopic composition and concentrations of argon and neon trapped in new minerals that have formed at mantle depths can help us to understand where these noble gases originated," Baldwin says. "When the minerals crystallized in the mantle, they trapped atoms of argon and neon within them."

The Earth, itself, has many layers. The outermost layer is the crust, which, along with the uppermost mantle beneath it, comprises the lithospheric plates. These plates move slowly, relative to one another, and, at convergent plate boundaries, one plate can be pushed underneath (i.e., subducted) the other. Over long periods of time (think millions of years), the crust is subducted deep into the mantle. While in the mantle, the minerals change their compositions and structure, and later can be exhumed to the surface with those new minerals formed during their time in the Earth's mantle.

Baldwin's team discovered an area in Papua New Guinea that had been through just such a subduction and exhumation cycle. They determined that the rocks of eastern Papua New Guinea were derived from the Australian lithospheric plate. They documented that some of the minerals, now found at the surface, formed at ultra-high pressure, approximately 8 million years ago, at depths greater than 90 kilometers, or roughly the distance from New York City to Philadelphia.

As it turns out, Baldwin and her team discovered the youngest examples of exhumed ultra-high pressure rocks of their kind.

By analyzing the composition and concentrations of argon and neon isotopes trapped within the minerals collected from modern-day Papua New Guinea, Baldwin and Das identified the source of the mineral-bound gases. "We documented that atmospheric argon and neon were available at mantle depths when minerals crystallized deep in the Earth," Baldwin says.

She explains that the presence of atmospheric argon and neon trapped in these minerals indicates that the atmospheric gases were subducted into the mantle and available to be entrapped in minerals crystallizing at ultra-high pressures. What's more, when the minerals return to the surface in the forearcs of subduction zones, they can break down over millions of years, releasing gases back to atmosphere once again.

"We were expecting mantle argon and neon to be trapped in the minerals formed at ultra-high pressure conditions," Das says.

Adds Baldwin: "But we found that atmospheric argon and neon was, in fact, trapped in these minerals."

Journal reference: Proceedings of the National Academy of Sciences
Provided by: Syracuse University
Share to: