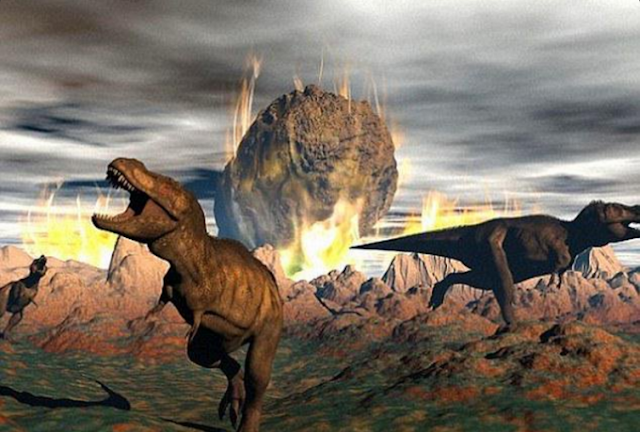 Pioneering new research has shed new light on the causes behind an 'ice-age' that took place on Earth around 170 million years ago.

An international team of experts, including researchers from the Camborne School of Mines, have found evidence of a large and abrupt cooling of the Earth's temperature during the Jurassic Period, which lasted millions of years.

The scientists found that the cooling coincided with a large-scale volcanic event - called the North Sea Dome - which restricted the flow of ocean water and the associated heat that it carried from the equator towards the North Pole region.

The team suggest that it is this volcanic event, preventing the ocean flow, rather than a change in CO2 in the atmosphere (which causes today's climate change), that led to an extended Ice age in a period more synonymous with very warm conditions.

Geology experts Professor Stephen Hesselbo and Dr Clemens Ullmann, both from the Camborne School of Mines, based at Exeter's Penryn Campus in Cornwall, took part in the study.

Professor Hesselbo said: "We tend to think of the Jurassic as a warm 'greenhouse' world where high temperatures were governed by high atmospheric carbon dioxide contents. This new study suggests that re-organization of oceanic current patterns may also have triggered large scale climate changes."

Rather than the seven continents that cover Earth's surface today, during the Jurassic Period there was one single 'supercontinent', called Pangaea. This supercontinent had a broad seaway across it that connected a north polar sea to a warm equatorial ocean, called Tethys.

The team of scientists spent 10 years constructing a record of seawater temperature change using fossil mollusc shells. They found that during the same period that the North Sea Dome event occurred, the Earth experienced a significant and fast cooling in temperature.

The team have hypothesized that this volcanic event restricted the poleward flow of ocean water and associated heat, flipping the northern hemisphere from a very warm climate to a cold climate state. The evidence indicates that this cold period lasted many millions of years, until the North Sea Dome subsided.

Professor Hesselbo added: "Although we have known about the occurrence of cold periods during greenhouse times for a while, their origins have remained mysterious. This work suggests a mechanism at play that may also have been important for driving other climate change events in the Jurassic and at other times in Earth history."