Geochemistry, Geology, Mining 2:57 PM
A+ A-
Print Email
Jade is a commercial term encompassing green, white, black or yellow-brown material that consists either of Na-rich pyroxene (jadeite) or prismatic to acicular amphiboles of the tremolite-actinolite series that form bundles that are randomly oriented and interlocked (nephrite).

Nephrite is tougher (harder to break) than jadeite material. Its fracture strength is about 200 MN/m2 whereas that of jadeite is about 100 MN/m2. On the other hand, jadeite material is harder (7 compared to 6.5 on the Mohs scale). 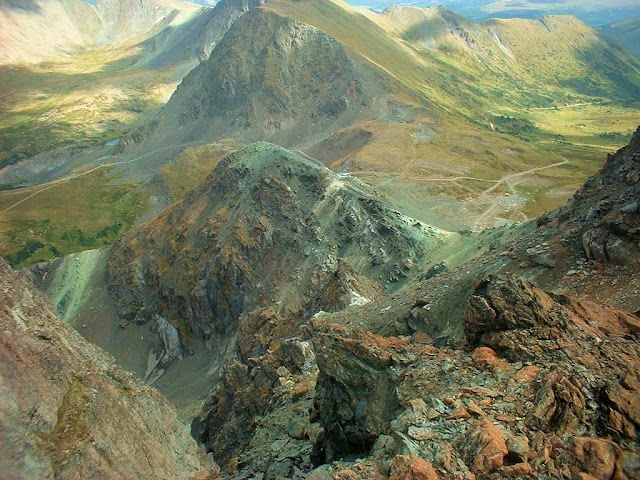 Jade was first identified in Canada by Chinese settlers in 1886 in British Columbia. At this time jade was considered worthless as they were searching for gold. Jade was not commercialized in Canada until the 1970s. The mining business Loex James Ltd., which was started by two Californians, began commercial mining of Canadian jade in 1972.

They occur at or near the contacts of ultramafic/mafic rocks (mainly serpentinites) with cherts, and other metasedimentary or igneous felsic rocks of oceanic terranes such as the Cache Creek (Mississippian to Jurassic) and Slide Mountain (Devonian to Permian) terranes. These contacts are commonly interpreted as shear/fault related. In general, it is believed that the British Columbia nephrite formed by metasomatic exchange between ultramafic and silicabearing rocks. Impurities in the nephrite are spinel group minerals (chromite, magnetite, picolite), diopside, uvarovite, titanite, chlorite and talc.

Jade West Group, founded in 1981, is the biggest player in green nephrite mining and trading in British Columbia. Kirk Makepeace, the company’s founder, is an avid promoter of the stone. He started with a summer job as a jade driller.

Nephrite mining in British Columbia is very challenging. Winters are long and harshly cold, and deposits are remote, so mining can only happen during the short summer season, about 60 days a year. Almost all of the secondary deposits are exhausted, so current mining is almost all from primary deposits. Transporting the heavy equipment to the mining sites is backbreaking work.


Jade West uses diamond-coated circular and wire saws and modern high-pressure hydraulic splitters to remove the nephrite from the mountain and saw it into pieces of a manageable size.  Nephrite’s excellent toughness makes it extremely difficult to break out of the rock. While blasting had been used in the past, Jade West no longer uses explosives.

Nephrite deposits range from 12 inches to 12 feet wide. The wider deposits are very challenging to quarry. Nephrite boulders on the surface sometimes reach weights of 200 tons and are rarely under 100 pounds, but Jade West tries to limit the weight of its boulders to five tons, which is a reasonable size for them to mine, handle, and transport on trucks to the nearest town, about 100 miles away. The average weight is two tons, a size that satisfies most of the carving factories in China.

Read also:
Cherry Blossom Stones is a Natural Wonder (Photos)
The Eight Most Incredible Fossils Preserved In Amber
Gemstone with a Spectacular Flash of Iridescent Colors!