Why Is the New Mineral Discovered in Kalgoorlie Significant?

The discovery of a new mineral in an ore sample obtained from the Kalgoorlie Super Pit made international news. But while this might be important to geologists, why should anyone else take notice?

For Curtin’s Dr Kirsten Rempel, Christmas came early after the International Mineralogical Association announced that she had discovered a new mineral, which she named kalgoorlieite in honour of the historic mining town, after a yearlong verification process.

But while this news has enraptured geologists, the rest of us need to start paying attention as well. The discovery of a new mineral is no easy feat, and the discovery of Rempel’s kalgoorlieite is particularly significant. Here are the top reasons why: 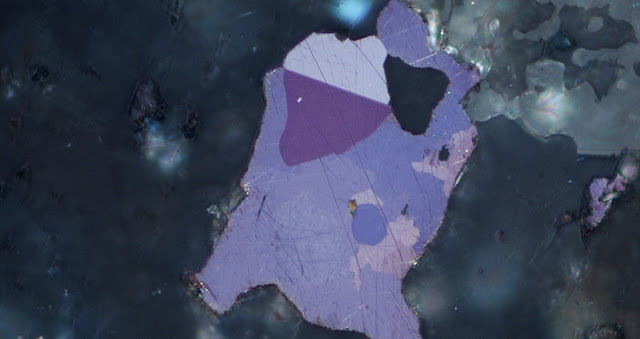 1- The new mineral has an unusually simple formula

The majority of newly discovered minerals have complex chemical formulas comprising a range of elements, because most of the minerals with simpler chemical formulas have already been discovered. Take putnisite as an example, a recently discovered mineral named after Dr Christine and Professor Andrew Putnis (Director of Curtin’s Institute for Geoscience Research), which has the formula SrCa4Cr83+(CO3)8SO4(OH)16 · 23H2O.

In comparison, kalgoorlieite has the formula As2Te3 and is comprised of only two main elements: arsenic and tellurium. This makes its recent discovery unusual and noteworthy.

“I suspect that, all things being equal, there must be a better chance for two elements to come together than a complex mix of elements,” Rempel says.

“Kalgoorlieite, having a simple composition should, by this reasoning, be a more common mineral, but its stability in terms of temperature, pressure and the chemistry of the surroundings is very narrow.”

2- The mineral was already synthetically constructed

To the surprise of Rempel, she found the properties of kalgoorlieite matched those of a mineral already synthetically constructed, which was being used as a thermoelectric material for niche applications, such as refrigeration and the generation of electricity from waste heat.

This is in contrast to most other minerals, which are discovered in nature and then manufactured, or manufactured without a natural source ever being discovered. Don’t expect kalgoorlieite to replace its synthetically constructed counterpart though.

“Given the rarity of the natural material, I suspect that it will always be more economic to produce the compound synthetically than try to recover it from ores,” Rempel says.

The ore sample was taken from the Kalgoorlie Super Pit – Australia’s largest open cut gold mine. The pit lies on the “Golden Mile”, one of the world’s richest gold deposits, which covers an area more than five kilometres long, two kilometres wide and one kilometre deep.

Like many other giant deposits of ore, the Golden Mile was formed over a prolonged period of time from a sequence of ore deposition events, but these overprinted each other, making it difficult to find out what occurred and in what order, creating years of debate.


“There are at least three distinct styles of mineralisation at the Golden Mile, with different vein types and gold grades. Minerals are stable at very particular conditions in the Earth and kalgoorlieite has a particularly small stability field, so this lets us pin down the conditions of that part of the Golden Mile formation very closely,” Rempel says.

“When we compare kalgoorlieite’s stability with that of minerals found in other parts of the deposit, we can see that the ore-forming conditions of the deposit have changed over time.”

“The more we know about the geological setting the deposit is formed in, the more we can narrow down the territory covered in exploring for these deposits,” she says.

Rempel’s discovery reminds us that we don’t necessarily have to look beyond our planet to boldly go where no one has gone before.

“The world around us still has unexplored territory, and knowing this might give people a fresh look at the planet,” Rempel says.

“I think that even geologists forget there are new minerals out there, and this finding might make them question what they see in their own samples – that unexpected results shown by their instruments might not just be an error, and they might have found something new.

“I started studying geology because I liked the idea of knowing more about the world around me, and maybe this will help other people do the same.”

The above story is based on materials Provided by Institute for Geoscience Research.
Share to: