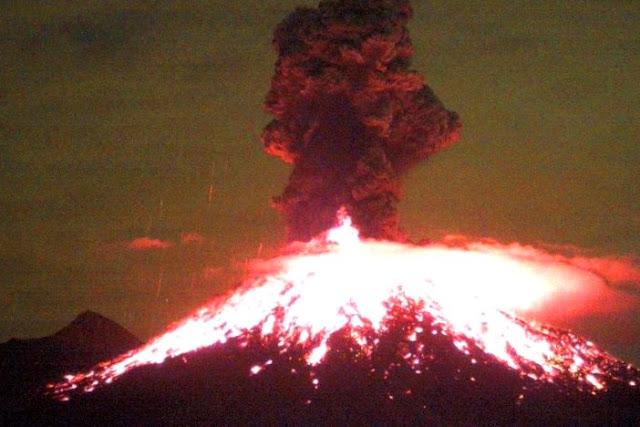 The explosion was accompanied by a large plume of ash and smoke that rose some 2,000 metres above the crater, with winds carrying the ash towards the northeast, Luis Felipe Puente, head of Mexico's emergency services, said via his Twitter account.


The volcano is located in western Mexico between the states of Colima and Jalisco and is one of the country's most active. Its eruptions date back to the 16th century, but have been steady since 1994.

The 3,800-metre volcano has increased in activity since October.

According to website volcano discovery, increased activity at the volcano is due to the growth of a new lava dome.

Colima, locally known as the fire volcano, is part of the Pacific Ring of Fire, the 40,000-kilometre volcanically volatile area home to about 75 per cent of the world's active volcanoes.

Mexico has more than 3,000 volcanoes, but only 14 are considered active.