Paleontologists say 5,000 dinosaur fossils have been excavated from a "fossil wall". The wall is 150 meters long, eight meters high and two meters thick.


The unearthed fossils belong to at least five dinosaur categories, such as ornithopods, sauropods and stegosaurs, and date back to the Jurassic period, according to researcher Xu Xing with the Institute of Vertebrate Paleontology and Paleoanthropology of the Chinese Academy of Sciences. Many fossils at Pu'an belong to the middle Jurassic period and dinosaur fossils from that time are scarce worldwide, Xu said. "The Jurassic 'wall' at Pu'an is the largest in the world."

The Chongqing government has earmarked more than 17 million yuan (2.5 million U.S. dollars) for protection and  excavation of the site. The fossils were discovered in Puan township, Yunyang county in the Municipality of Chongqing after a local farmer first came up them by accident in January 2015 and later reported them to authorities.

The site was more than 160 million years old and most of the fossils could trace back to the mid-Jurassic period, which is a breakthrough in dinosaur research as good archaeological records from the period are scarce world wide, according to Xu.

Xu said these dinosaurs might have lived along river banks and died during natural disasters. As the rivers bearing their remains slowly merged into larger lakes, the bones gradually were preserved as fossils over millions of years. 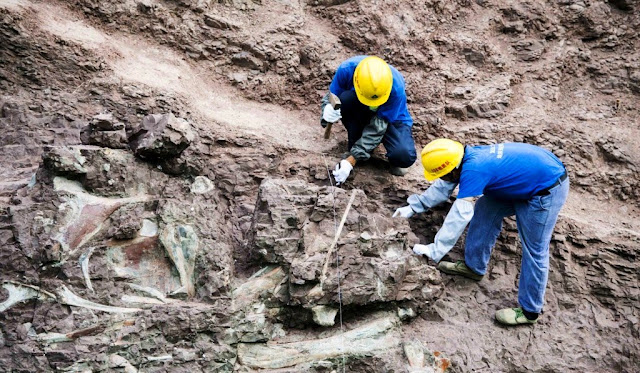 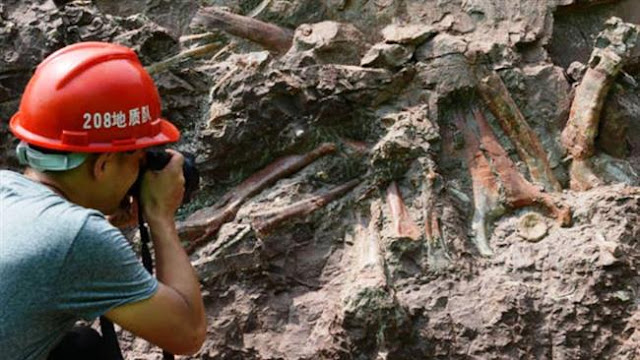 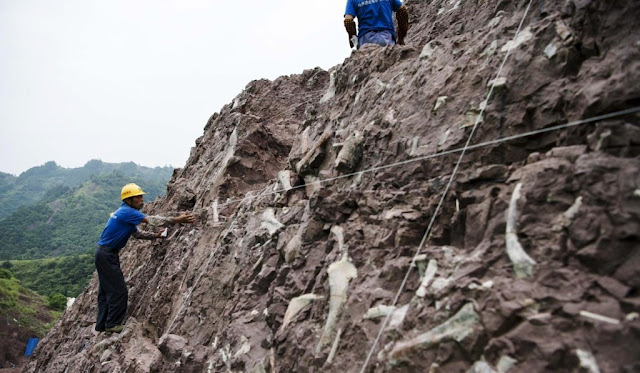