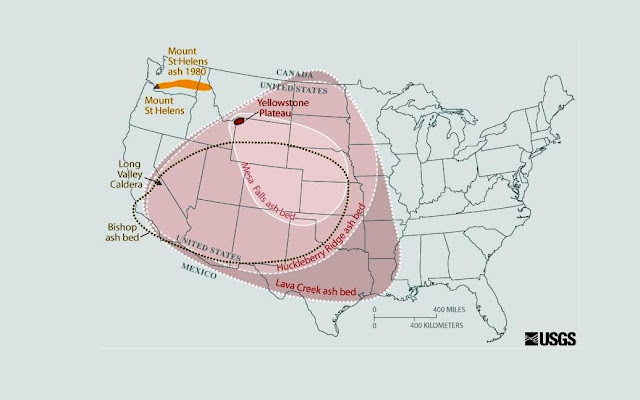 Volcanic eruptions such as Mount St. Helens' in 1980 show the explosiveness of magma moving through Earth's crust. Now geologists are excited about what uplifted granite bodies such as Yosemite's El Capitan say about magma that freezes before it can erupt on the surface.

These granite structures, called magmatic intrusions, form incrementally over time by small pulses of magma that cool and crystalize 5 to 20 kilometers -- 3 to 12 miles -- underground. Many are uplifted and exposed by erosion. They also contain the history of magma injections that occurred tens to hundreds of millions of years ago, says Leif Karlstrom of the University of Oregon.

In a paper placed online  by the journal Nature Geoscience, a three-member research team led by Karlstrom unveiled a new framework for understanding what the pattern of volcanoes seen at the surface implies about the structure of subsurface magma plumbing systems. Some 50 to 90 percent of magma, Karlstrom said, doesn't get through the crust.


"Granitic landscapes in the Yosemite Valley in California and in the North Cascades are iconic, huge cliffs with exposed rock," he said. "If you look closer, the structure of that landscape shows all kinds of intrusive bodies that record different pulses of magma coming into the crust. Our findings hopefully allow you to stare up at El Capitan and make sense of it in some new way."

In the National Science Foundation-funded research, Karlstrom, Scott R. Paterson of the University of Southern California and A. Mark Jellinek of the University of British Columbia examined more than a decade of measurements of size distributions of igneous rock intrusions in the North American Cordillera.

Magma rising in active volcanic regions in places such as the Cascades, Hawaii and Iceland, Karlstrom said, often occurs as narrow, sheet-like intrusions commonly called dikes and sills. This occurs as a cracking process in brittle crustal rocks. Over long timescales, however, the process changes.

These changes are part of a transition into a "reverse energy cascade," in which rising magma injections become trapped and lose energy, the researchers say.

Magma mixes and merges with surrounding rocks as it cools and crystalizes. Heat lost from repeated injections of magma continues to heat crustal rocks, building and the expanding granitic intrusive complexes formed by frozen magma in a viscous, rather than brittle, manner. The resulting structures are seen today where the formations are exposed.

"That act of dumping heat into the crust over time changes the nature of the mechanical response to injections of magma," Karlstrom said. "Earth's crust is a filter for rising melts. You have magma that is generated deep in Earth, and somehow it gets to the surface carrying heat and volatiles, such as carbon dioxide. How that happens is through the crustal magma transport system."

Studying the processes behind magma injections over long timescales, he said, helps build better understanding of volcanoes, their impacts on global climate and where large volcanoes are likely to occur.

"This paper hits on one of the primary current research problems in volcanology," Karlstrom said. "We are able to make a strong statement about the connection of deep intrusive magmatism to the surface expression of volcanism. We think that what we found provides a framework for understanding other kinds of problems related to magmatism on Earth and other planets."


The above story is based on Materials provided by University of Oregon.
Share to: