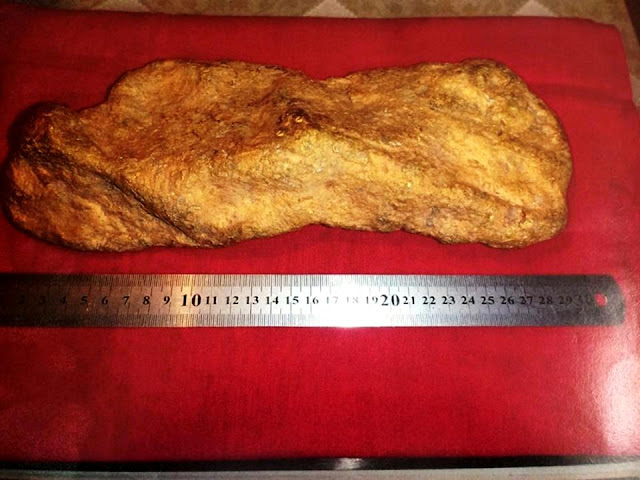 A HUGE gold nugget weighing more than one and a half STONE has been unearthed in Russia.

An unnamed bulldozer operator was site levelling at the Zarya cooperative mine in the remote south-eastern region this week when he chanced upon the precious metal.

Officials confirmed the find and said the 22.7 lbs nugget is the largest piece ever found in the gold-rich area.

The next largest discovery was a nugget found in 2011 which weighed 16.5 lbs.

He said: “Based on the colour of the stone, we can assume that the level of gold sample is likely to be high.”

A commentator who dubbed himself Doktor Pilulkin said online: “Stupid people do indeed get lucky. I wonder if he got anything as a reward for what he found?!”

Another added: “At least they did not fine him for finding something like that. Cuz they could have…”