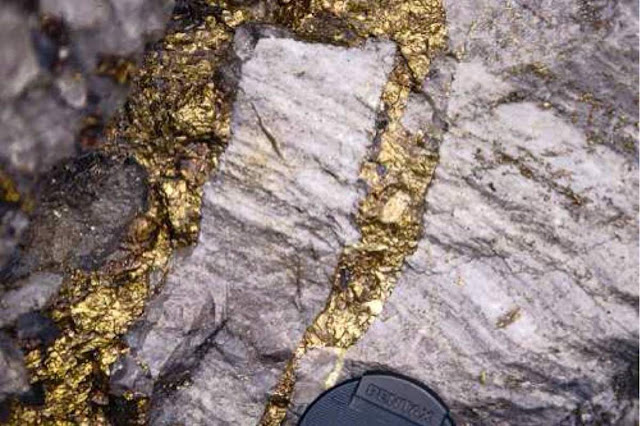 The percentage of water in arc volcanoes, which form above subduction zones, may be far more than many previous studies have calculated.

This increased amount of water has broad implications for understanding how Earth's lower crust forms, how magma erupts through the crust, and how economically important mineral ore deposits form, according to a new paper led by authors from the Woods Hole Oceanographic Institution (WHOI), "High water content of arc magmas recorded in cumulates from subduction zone lower crust," published in Nature Geoscience.

The estimated water concentrations in primitive arc magmas from this study are more variable and significantly higher than the average of about four weight percent of water found in other studies, according to the paper. The results show that primitive arc H2O after extensive crystal fractionation in the lower arc crust, the paper adds.

"The big picture here is that water is essentially the lubricant of plate tectonics. The water content is going to affect all sorts of different parameters involved in how tectonic plates move," says lead author Benjamin Urann, who was a doctoral student in the Massachusetts Institute of Technology (MIT) -- WHOI Joint Program in Oceanography/Applied Ocean Science and Engineering at the time of the study.

"Being able to get some idea of what the actual water content of the arc magmas is, which is what we did in this study, can help refine estimates of how much water is being subducted deep into the mantle globally; quantify different water reservoirs on Earth, including surface and deep water reservoirs; and better understand the transport between these different reservoirs," says Urann, who is currently a National Science Foundation Ocean Sciences Postdoctoral Research Fellow at the University of Wyoming. Urann added that the paper also discusses the implications of water content for forming economically important ore deposits, such as porphyry copper deposits. These deposits make up about 60% of the world's source of copper, according to the U.S. Geological Survey.

Many earlier studies have relied on techniques such as measuring melt inclusions -- which are tiny droplets of magma that have been trapped by a crystals that grows around them -- and measuring lava and other volcanic deposits that have erupted to the Earth's surface. "However, these methods have inherent limitations that obfuscate the full range of H20 in arc magmas," the paper states.

Urann and his Ph.D. supervisor, Véronique Le Roux, who is a co-author of the paper, developed methods with the Secondary Ion Mass Spectrometry instrument located at WHOI to measure water content in minerals, with their work building on other efforts that suggested that arc magmas should contain significantly more H20 than inferred from melt-inclusion measurements.

The researchers determined that instead of examining lava samples that have erupted to the Earth's surface, it would be fruitful to examine deep crustal magmas that have not lost too much of their water content.

"Although you can't retrieve the liquid magma at these depths, what you may be able to sample is a cumulate: it is magma that has solidified at depth in the crust. We're lucky enough that sometimes with plate tectonics, some of those really deep crusts are exhumed at the surface," says Le Roux, associate scientist in the Geology and Geophysics department at WHOI, and Faculty member of the MIT-WHOI Joint Program. The researchers used cumulates that the paper's co-authors had collected from the Kohistan paleo-arc terrane in the Himalaya Mountain range in northwestern Pakistan.

Instead of examining surface rocks that travel far up through the crust as magma, and lose much of their water content in the process, the researchers examined magma -- lower crustal cumulates -- that had crystallized deep down in the crust at a high enough pressure to retain their original water content signature.

Le Roux says that "analyzing water in cumulate minerals is a new promising approach to access the deep levels of the crust in subduction zones."

"The bottom line is that arc magmas can be wetter than we thought," said Urann.

This study was supported by NSF awards to Le Roux, Behn, and Chin, funding from the Woods Hole Oceanographic Institution Ocean Venture Fund and from the National Science Foundation's (NSF, USA) Division of Ocean Sciences Post-doctoral Research Fellow grant to Urann;; and support from the Visiting Scholar at SCIENCE programme at the University of Copenhagen, Denmark, to Le Roux.

The above story is based on Materials provided by Woods Hole Oceanographic Institution.