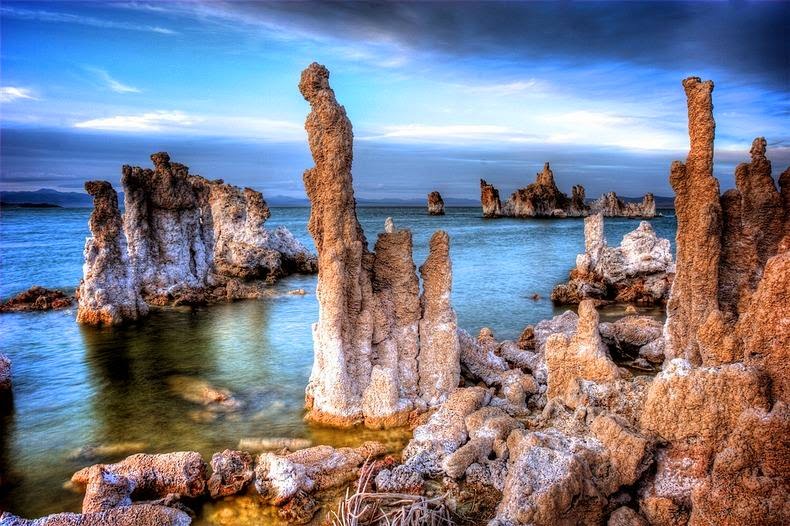 Located in Owen’s Valley, California, Lake Mono is one of North America’s oldest lakes−over 1 million years old in fact, with a salinity of about 2.5 times than the ocean. Rivers and streams that flow down from the Sierra Nevada give the lake its unusually high salt and mineral content. The lake is also well known for being very alkaline with a pH of about 9.8, due to its high concentrations of carbonates.

Seemingly out of a science fiction film, these formations, called tufas, rise up from the depths of the lake. Tufas are formed when calcium rich fresh water from springs interacts with the high alkaline lake water that is rich in carbonates. The ending results are these tufas which is actually your common limestone. The limestone builds from the ground up, creating these odd looking structures in the lake that have formed over millions of years.

The formations used to be completely submerged beneath the lake until the 1940’s when major rivers were diverted from the lake to provide water for the city of Los Angeles. After the diversions, more water evaporated from the lake, which over time gave rise to the submerged tufas.