What Spurs Earthquakes in the Oceans? 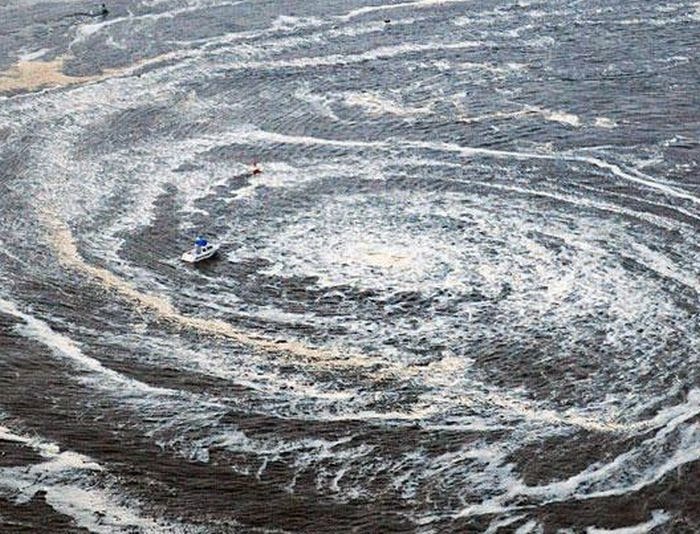 A model specific to the submarine environment
The data used to construct the model presented in the article were collected from subsea observatories* deployed in the North-East Pacific fracture zones.
The researchers showed that the properties of the fluids that circulate in submarine fault zones change over time, during what is called the “seismic cycle”. This term describes the cycle during which strain accumulates along a fault until it exceeds the frictional forces that prevent the fault from slipping. An earthquake results at the moment of rupture, due to the sudden release of built-up strain. A new cycle begins with strain accumulating and continues until the next rupture occurs along the fault...
Due to their proximity to mid-ocean ridges, the fluids that circulate in the faults undergo tremendous pressure and extremely high temperatures. These fluids can reach the supercritical state. The physical properties of supercritical fluids (density, viscosity, diffusivity) are intermediate to those of liquids and gases.
The compressibility of supercritical fluid varies greatly with pressure, and, according to the study’s analysis, this change in compressibility may trigger an earthquake, occurring after a short period of foreshocks.
Seismic precursors
Seismic precursors are the early warning signs before an earthquake strikes. Many different types of earthquake precursors have been studied by the scientific community: ground movements, seismic signals, fluid or gas emissions, electrical signals, thermal signals, animal behaviour, etc.
For an event as large as an earthquake, which releases a considerable amount of energy, there must be a preparatory phase. This problem in predicting earthquakes does not lie in the absence of precursors (hindsight observations are numerous), but in the capacity to detect these forerunners before the mainshock.
The results of the model can help guide future research in the detection of seismic precursors with, ultimately, potential applications for earthquake prediction. Supercritical fluids require very specific conditions; they are also encountered on land in hydrothermal and volcanic areas, such as Iceland.
Details of the model
Under the effect of tectonic forces, two antagonistic effects are usually in play near transform faults. First, increasing shear stress tends to break rocks and weaken resistance in the transform fault. Second, decreasing pressure of the fluid contained in the fault results in an increase in the volume of the pore space between rock beds. This effect acts as a stabilising suction cup, counterbalancing the ‘weakening’ in the rock bed and delaying the triggering of an earthquake.
The efficiency of this counterbalancing mechanism depends on fluid compressibility. It is highest in the presence of fluids in the liquid state, whose low compressibility causes a dramatic decrease in fluid pressure in response to small increases in volume. Conversely, for gas-type fluids, which are highly compressible, the suction cup effect is nearly inexistent.
When a change in the ‘liquid-gas’ state of the fluid occurs during a fault slip, the counterbalancing mechanism fails, allowing a major shock to be triggered. This transition occurs over several days and has numerous signs, including many small foreshocks.
*Subsea observatories are comparable to a laboratory on the seafloor. Equipped with a series of instruments, they record many types of data that can be used to study the geophysical events that occur in the ocean.

Story Source:
The above story is based on materials provided by Institut français de recherche pour l'exploitation de la mer (Ifremer). Note: Materials may be edited for content and length.
Share to: