Molten magma can survive in upper crust for hundreds of millennia 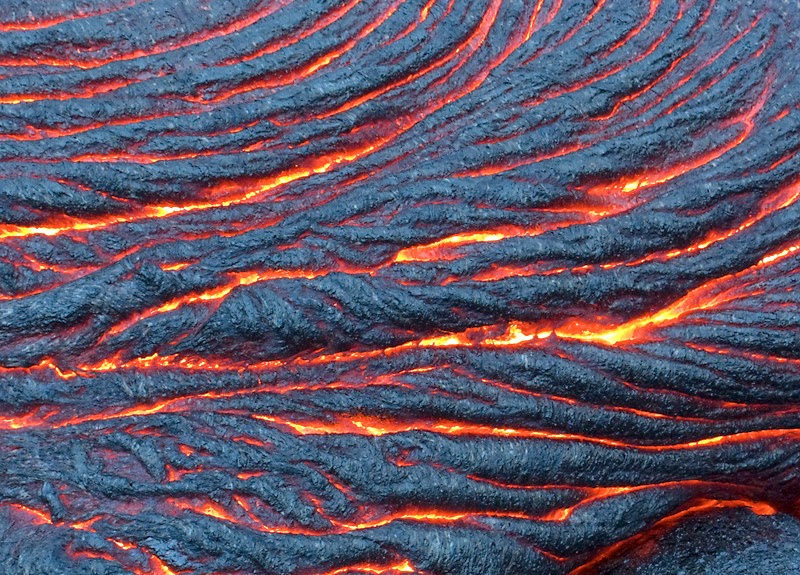 That means an area known to have experienced a massive volcanic eruption in the past, such as Yellowstone National Park, could have a large pool of magma festering beneath it and still not be close to going off as it did 600,000 years ago.
"You might expect to see a stewing magma chamber for a long period of time and it doesn't necessarily mean an eruption is imminent," said Sarah Gelman, a UW doctoral student in Earth and space sciences.
Recent research models have suggested that reservoirs of silica-rich magma, or molten rock, form on and survive for geologically short time scales -- in the tens of thousands of years -- in the Earth's cold upper crust before they solidify. They also suggested that the magma had to be injected into the Earth's crust at a high rate to reach a large enough volume and pressure to cause an eruption.
But Gelman and her collaborators took the models further, incorporating changes in the crystallization behavior of silica-rich magma in the upper crust and temperature-dependent heat conductivity. They found that the magma could accumulate more slowly and remain molten for a much longer period than the models previously suggested.
Gelman is the lead author of a paper explaining the research published in the July edition of Geology. Co-authors are Francisco Gutiérrez, a former UW doctoral student now with Universidad de Chile in Santiago, and Olivier Bachmann, a former UW faculty member now with the Swiss Federal Institute of Technology in Zurich.
There are two different kinds of magma and their relationship to one another is unclear. Plutonic magma freezes in the Earth's crust and never erupts, but rather becomes a craggy granite formation like those commonly seen in Yosemite National Park. Volcanic magma is associated with eruptions, whether continuous "oozing" types of eruption such as Hawaii's Kilauea Volcano or more explosive eruptions such as Mount Pinatubo in the Philippines or Mount St. Helens in Washington state.
Some scientists have suggested that plutonic formations are what remain in the crust after major eruptions eject volcanic material. Gelman believes it is possible that magma chambers in the Earth's crust could consist of a core of partially molten material feeding volcanoes surrounded by more crystalline regions that ultimately turn into plutonic rock. It is also possible the two rock types develop independently, but those questions remain to be answered, she said.
The new work suggests that molten magma reservoirs in the crust can persist for far longer than some scientists believe. Silica content is a way of judging how the magma has been affected by being in the crust, Gelman said. As the magma is forced up a column from lower in the Earth to the crust, it begins to crystallize. Crystals start to drop out as the magma moves higher, leaving the remaining molten rock with higher silica content.
"These time scales are in the hundreds of thousands, even up to a million, years and these chambers can sit there for that long," she said.
Even if the molten magma begins to solidify before it erupts, that is a long process, she added. As the magma cools, more crystals form giving the rock a kind of mushy consistency. It is still molten and capable of erupting, but it will behave differently than magma that is much hotter and has fewer crystals.
The implications are significant for volcanic "arcs," found near subduction zones where one of Earth's tectonic plates is diving beneath another. Arcs are found in various parts of the world, including the Andes Mountains of South America and the Cascades Range of the Pacific Northwest.
Scientists have developed techniques to detect magma pools beneath these arcs, but they cannot determine how long the reservoirs have been there. Because volcanic magma becomes more silica-rich with time, its explosive potential increases.
"If you see melt in an area, it's important to know how long that melt has been around to determine whether there is eruptive potential or not," Gelman said. "If you image it today, does that mean it could not have been there 300,000 years ago? Previous models have said it couldn't have been. Our model says it could. That doesn't mean it was there, but it could have been there."
The work was funded by the National Science Foundation and the National Scientiﬁc and Technological Research Commission of Chile.

The above story is based on materials provided by University of Washington. Note: Materials may be edited for content and length.