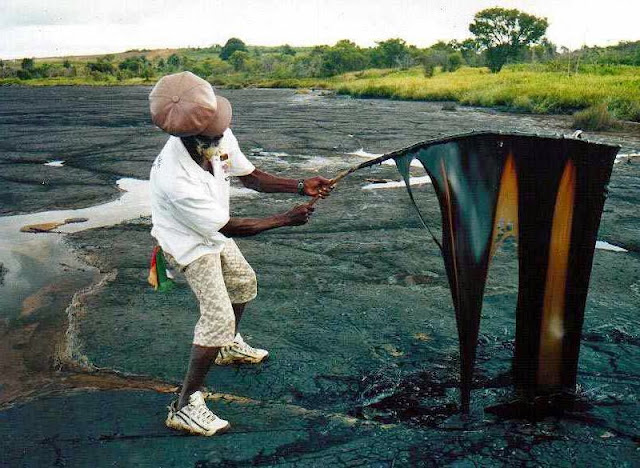 The Pitch Lake is the largest natural deposit of asphalt in the world, located at La Brea in southwest Trinidad, within the Siparia Regional Corporation. The lake covers about 40 ha and is reported to be 75 m deep.

The origin of Pitch Lake is related to deep faults in connection with subduction under the Caribbean Plate related to Barbados Arc. The lake has not been studied extensively, but it is believed that the lake is at the intersection of two faults, which allows oil from a deep deposit to be forced up. The lighter elements in the oil evaporate under the hot tropical sun, leaving behind the heavier asphalt. Bacterial action on the asphalt at low pressures creates petroleum in asphalt. The researchers indicated that extremophiles inhabited the asphalt lake in populations ranging between 106 to 107 cells/gram. Pitch Lake is one of several natural asphalt lakes in the world. The La Brea Tar Pits (Los Angeles), McKittrick Tar Pits (McKittrick) and Carpinteria Tar Pits (Carpinteria) are all in the US state of California. Lake Guanoco is in the Republic of Venezuela. 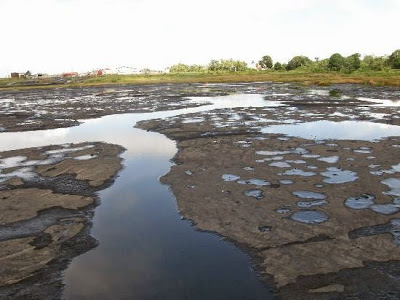 A Caribbean lake of liquid asphalt that makes a comfortable home for a unique mix of microorganisms may provide clues to how life could survive in hydrocarbon lakes on Saturn’s moon Titan.

Titan is the only body in the solar system other than Earth that sports liquid lakes, clouds and rain, a feature that has drawn interest from scientists hunting for alien life. But instead of water, Saturn’s largest moon is awash in liquid methane and ethane — molecules similar to the tar that paves terrestrial streets.