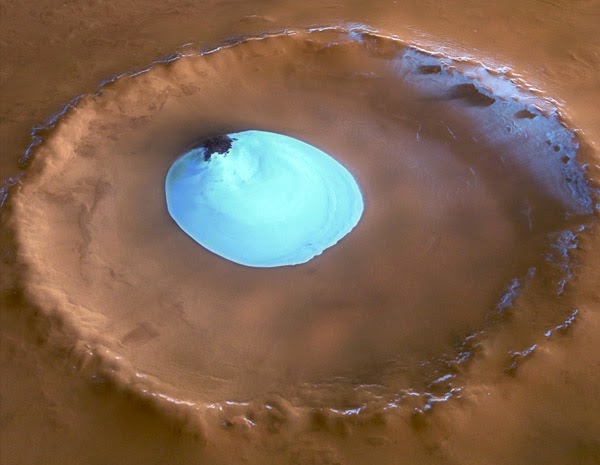 "This is really cool because it could potentially be useful for not only the study of rocks on Earth but on Mars and other planets," said Wall.
She is the lead author of the article in Nature Communications.
Co-authors include Michael Rowe, a former WSU research professor now at New Zealand's University of Auckland, and Ben Ellis, a former WSU post-doctoral researcher now at the Institute of Geochemistry and Petrology in Zurich, Switzerland. The other authors are Mariek Schmidt of Brock University in Canada and Jennifer Eccles of the University of Auckland.
Wall was fascinated by volcanoes as a child, touring the Cascade mountain range with her father and marveling at features like the lava tubes under Mount St. Helens.
"I was really excited because I thought that just on the other side of the walls there could be lava," she said.
Still, she started out as a communications major at WSU, choosing a geology class to fulfill a science requirement.
"I loved it so much that I changed my major," she said.
In her sophomore year, Rowe and Ellis asked if she would like to look at the eruption styles of Earth and Mars volcanoes.
"I was really crazy about it -- really intrigued by the buzzword 'Mars,'" she said.
"I've worked with a lot of undergraduate researchers over the years and she's the best that I've come across," said Rowe. "That's why we gave her so much responsibility on this project, because we knew she would do it well."
The researchers established a method to quantify the texture of volcanic rock using an index called "groundmass crystallinity." Wall compares it to the texture of a chocolate chip cookie, which can vary according to how it is cooked and cooled.
"We were interested in the cookie dough part of the cookie," she said.
Liquid volcanic rock cools rapidly as it hits water, flash-freezing to form mostly glass. Without water, it takes longer to cool and forms crystals within the groundmass, the cookie dough part.
Using an x-ray diffraction machine on the WSU campus, home to one of the most sophisticated basalt labs in the world, Wall analyzed rock samples from the Northwest, New Zealand and Italy's Mount Etna and compared them to rocks analyzed by Curiosity's x-ray diffractometer.
"The rocks that erupted and interacted with water, which we call phreatomagmatic, all had a groundmass crystallinity as low as 8 percent and ranging up to about 35 percent," she said. "The rocks that erupted without interaction with water had groundmass crystallinities from about 45 percent upwards to almost totally crystalline.
"The analyses we did on the Mars soil samples fell in the range of the magmatic type eruptions, which are the ones erupted without water interaction," she said.
Water is a key indicator for the potential of microbial life on the red planet. While Wall and her colleagues didn't see evidence of it from two sites they studied, their method could look for water elsewhere.
"I think this quantification of volcanic textures is a new facet of the water story that hasn't yet been explored," Wall said. "Most of the studies searching for water have focused on either looking for sedimentary structures -- large- and small-scale -- for evidence of water, or looking for rocks like limestones that actually would have formed in a water-rich environment.
"But being able to determine the environment through the texture of a volcanic rock is something pretty cool and different," she said. "I think it's an interesting avenue for future research."

The above story is based on materials provided by Washington State University. The original article was written by Eric Sorensen. Note: Materials may be edited for content and length.