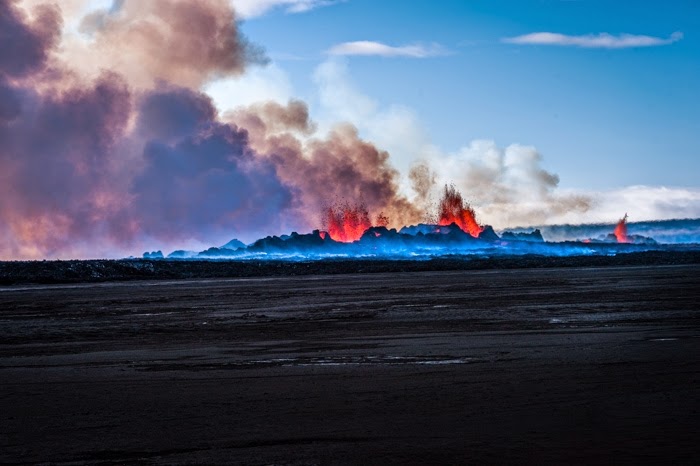 There have been insubstantial changes to the volcanic eruption in Holuhraun over the last two weeks. Seismic activity in Bárðarbunga volcano under Vatnajökull glacier continues to be strong. The biggest earthquake since noon on Friday was of magnitude 4.5.
Twelve earthquakes larger then magnitude 4.0 were detected in Bárðarbunga over the weekend and about 200 earthquakes in total, as revealed in the latest status report from the Scientific Advisory Board of the Department of Civil Protection issued this morning.
About ten earthquakes were detected in the intrusive dike, connecting Bárðarbunga with Holuhraun, and around the eruption site since Friday. All of them were smaller than magnitude 1.0.
The seismograph network is sensitive to wind, so fewer smaller earthquakes are detected during a storm like the one which hit Iceland yesterday.
Today and tomorrow sulfur dioxide (SO2) gas pollution is expected northeast of the eruption site. For forecasts, go to vedur.is and to airquality.is for information on gas levels and how to respond.