Top 5 Coasts In UK and Ireland 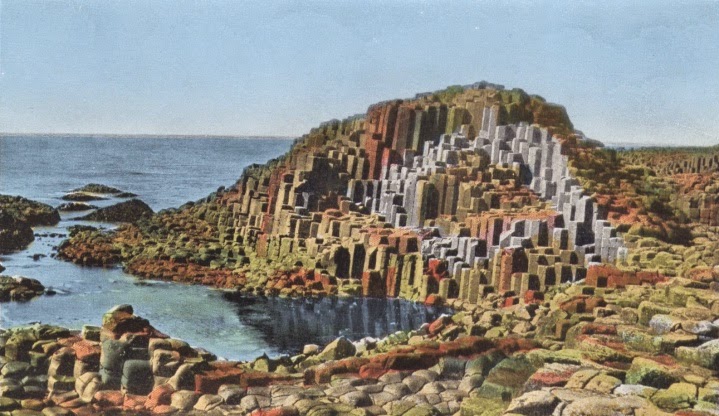 The Giant’s Causeway and Causeway Coast World Heritage Site is one of only two such sites in the British Isles inscribed on the World Heritage List because of their geological heritage. Although famous throughout the world, most people don’t actually know the full reason why the Giant’s Causeway and the Causeway Coast made it onto the list.
The story of the Giant’s Causeway begins about 60 million years during the Palaeogene period, when the ancient continent of Laurasia began to fragment, causing the opening of the North Atlantic Ocean. The resulting cataclysmic volcanic activity along this zone of crustal weakness formed the rocks of the WHS as well as those on adjacent parts of Western Scotland. Lavas poured out into a karst landscape of the Ulster White Limestone, extending from volcanoes and fissures that littered the area, and covering the entire land surface.
The first lavas to erupt consisted of at least six eruptions, which were then followed by a long quiescent period during which all volcanic activity ceased. This hiatus led to heavy weathering of the topmost flow, leading to a series of chemical changes producing a mix of laterite, lithomarge and bauxite, known as the Interbasaltic Formation. During this long dormant period surface erosion carved the lava fields into a richly forested landscapes of low hills and deep wide valleys.
Volcanic activity resumed suddenly and dramatically, with lava initially draining into the valleys, and at the Causeway it accumulated as a large lava lake some 90m deep. This body of lava cooled slowly and evenly developing regular stress patterns as it solidified causing contraction cracks that permeated the entire mass, creating thousands of columns. A further six to eight eruptions followed (together creating the Causeway Tholeiite Member), but the first created the thickest flow.
Following this there was another long period of dormancy, succeeded by the final gigantic series of eruptions (Upper Basalt Formation), with the pipes and fissures supplying these last flows passing through the earlier rocks on their way to the surface.
So whilst most people come to the Giant’s Causeway to see the impressive columnar basalts, in order the gain a full appreciation of why the site has been inscribed on the World Heritage List the full name of the Giant’s Causeway and Causeway Coast World Heritage Site is ultimately more useful. My taking in the full site, the geological activity of the Palaeogene period is clearly illustrated by the succession of lava flows and interbasaltic beds, allowing for a detailed analysis of Palaeogene events in the North Atlantic.
Of course, some say it was built by a giant called Finn McCool, but violent volcanic eruptions are much more exciting! 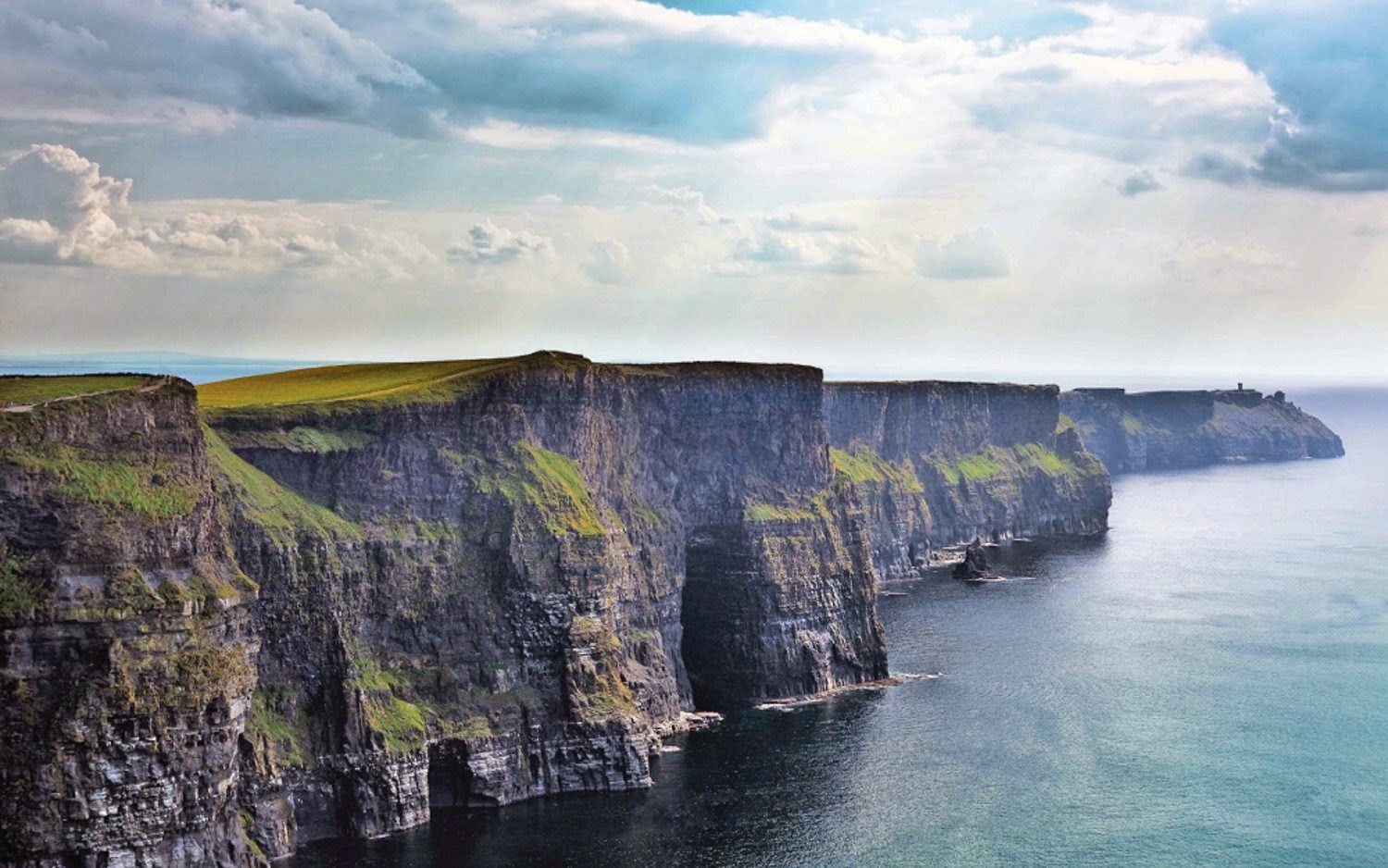 Standing at 214m, these magnificent cliffs stretch for 5 miles along the Atlantic Coast and are Ireland’s most visited natural attraction. 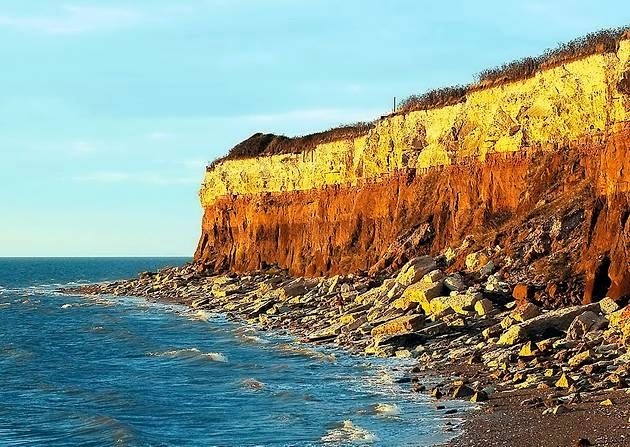 These colourful, stripy cliffs are noted for their fossils, and the contrast between the red limestone, known as ‘red chalk’, topped by a white chalk layer. 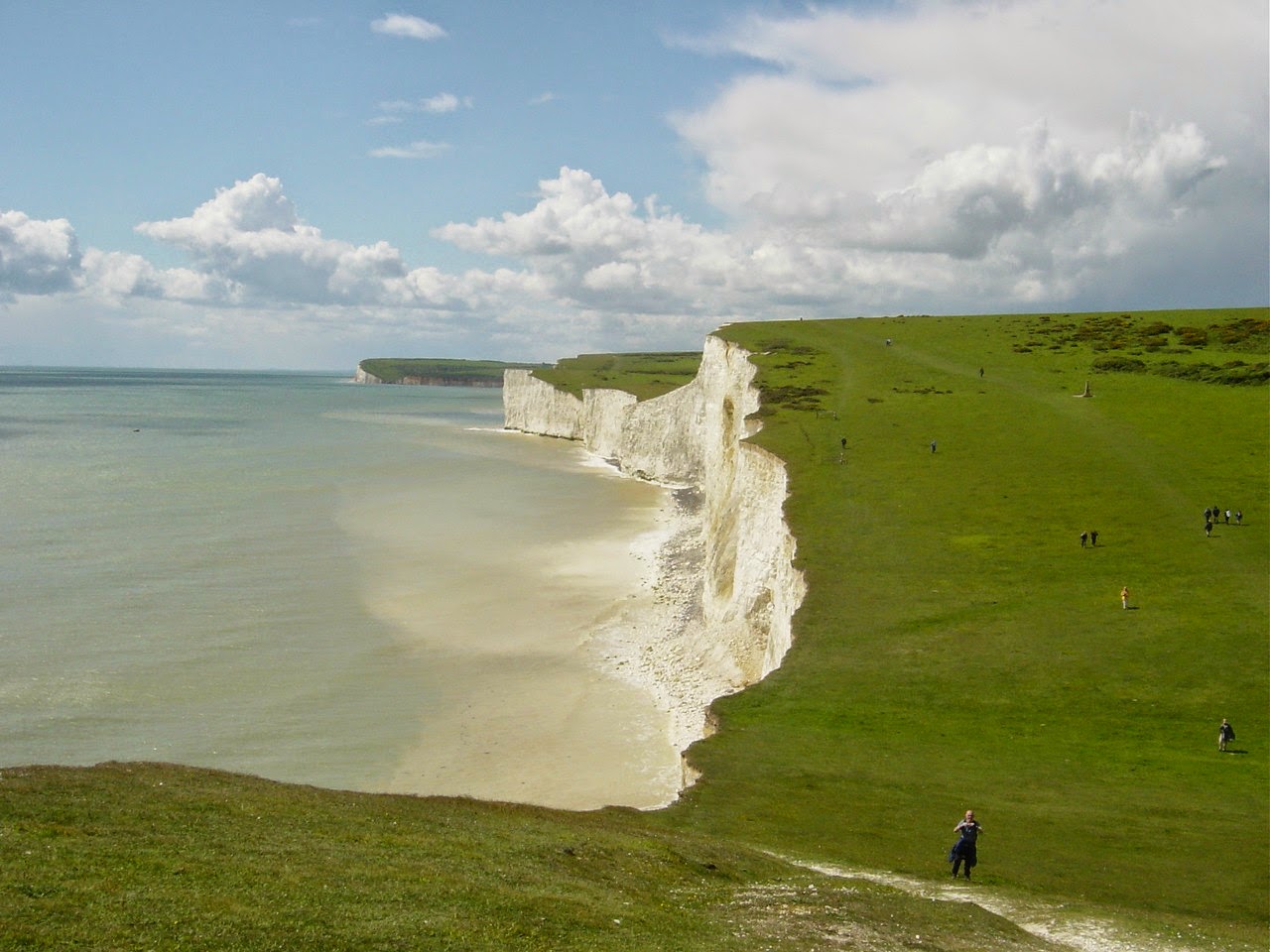 These iconic cliffs are part of the South Downs and are formed from Chalk. At their base, there are several chalk reefs, some of the best in the UK and Europe. 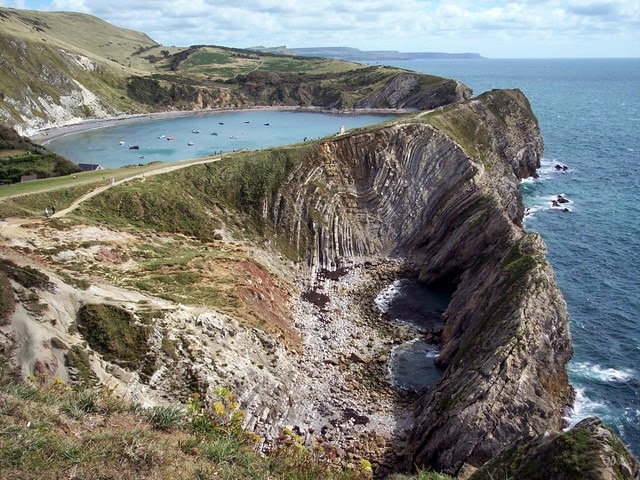 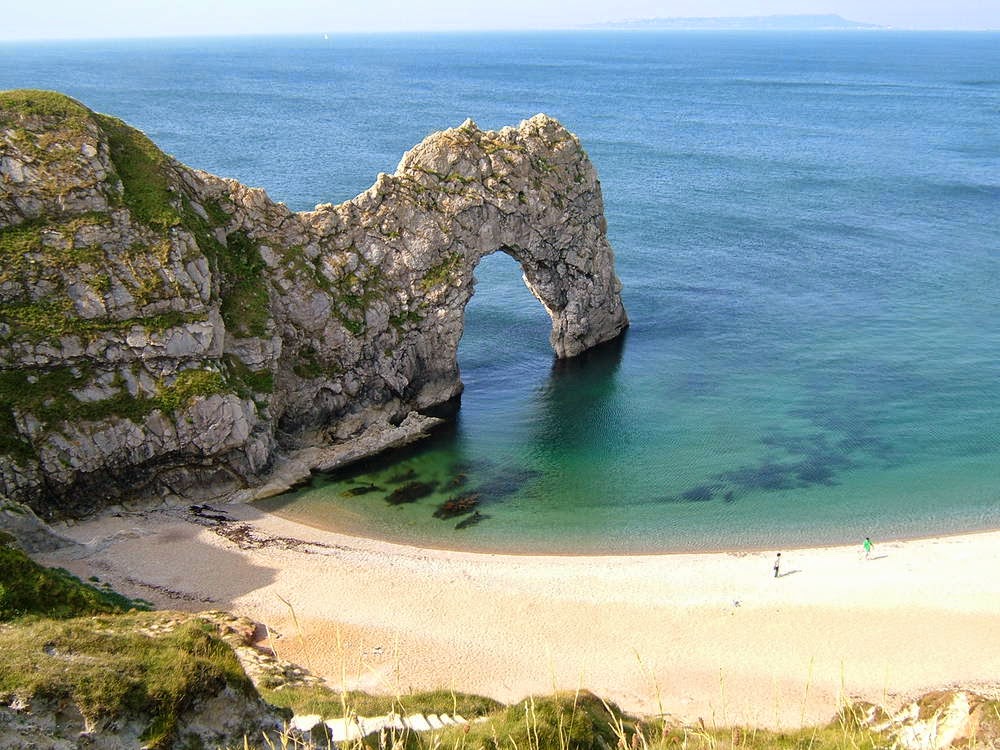 The Lulwoth site features both the popular
rocks of Lulworth Cove and the Durdle Door formation, a must-visit site for any budding geologist!