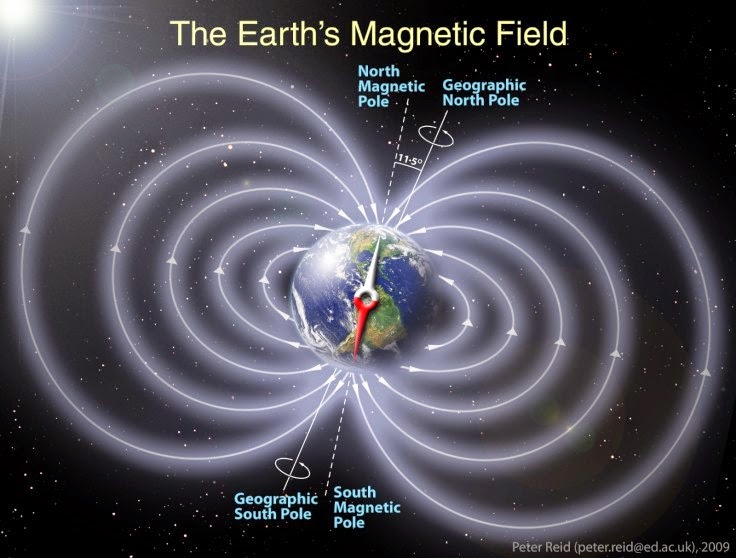 Earth's magnetic field is crucial for our existence, as it shields the life on our planet's surface from deadly cosmic rays. It is generated by turbulent motions of liquid iron in Earth's core. Iron is a metal, which means it can easily conduct a flow of electrons that makes up an electric current. New findings from a team including Carnegie's Ronald Cohen and Peng Zhang shows that a missing piece of the traditional theory explaining why metals become less conductive when they are heated was needed to complete the puzzle that explains this field-generating process. Their work is published in Nature.

The center of the Earth is very hot, and the flow of heat from the planet's center towards the surface is thought to drive most of the dynamics of the Earth, ranging from volcanoes to plate tectonics. It has long been thought that heat flow drives what is called thermal convection -- the hottest liquid becomes less dense and rises, as the cooler, more-dense liquid sinks -- in Earth's liquid iron core and generates Earth's magnetic field. But recent calculations called this theory into question, launching new quests for its explanation.
In their work, Cohen and Zhang, along with Kristjan Haule of Rutgers University, used a new computational physics method and found that the original thermal convection theory was right all along. Their conclusion hinges on discovering that the classic theory of metals developed in the 1930's was incomplete.
The electrons in metals, such as the iron in Earth's core, carry current and heat. A material's resistivity impedes this flow. The classic theory of metals explains that resistivity increases with temperature, due to atoms vibrating more as the heat rises. The theory says that at high temperatures resistivity happens when electrons in the current bounce off of vibrating atoms. These bounced electrons scatter and resist the current flow. As temperature increases, the atoms vibrate more, and increasing the scattering of bounced electrons. The electrons not only carry charge, but also carry energy, so that thermal conductivity is proportional to the electrical conductivity.
The work that had purportedly thrown the decades-old prevailing theory on the generation of Earth's magnetic field out the window claimed that thermal convection could not drive magnetic-field generation. The calculations in those studies said that the resistivity of the molten metal in Earth's core, which is generated by this electron scattering process, would be too low, and thus the thermal conductivity too high, to allow thermal convection to generate the magnetic field.
Cohen, Zhang, and Haule's new work shows that the cause of about half of the resistivity generated was long neglected: it arises from electrons scattering off of each other, rather than off of atomic vibrations.
"We uncovered an effect that had been hiding in plain sight for 80 years," Cohen said. "And now the original dynamo theory works after all!"