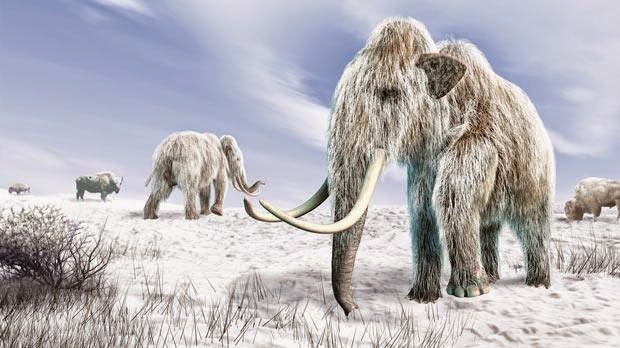 release of carbon dioxide (CO2) from the deep ocean helped bring an end to the last Ice Age, according to new collaborative research by the University of Southampton, Universitat Autònoma de Barcelona (UAB), the Australian National University (ANU), and international colleagues.

Published today in Nature, the study shows that carbon stored in an isolated reservoir deep in the Southern Ocean re-connected with the atmosphere, driving a rise in atmospheric CO2 and an increase in global temperatures. The finding gives scientists an insight into how the ocean affects the carbon cycle and climate change.
Atmospheric CO2 levels fluctuate from about 185 parts-per-million (ppm), during ice ages, to around 280 ppm, during warmer periods like today (termed interglacials). The oceans currently contain approximately sixty times more carbon than the atmosphere and that carbon can exchange rapidly (from a geological perspective) between these two systems (atmosphere-ocean).
Joint lead author Dr. Miguel Martínez-Botí from the University of Southampton adds: “The magnitude and rapidity of the swings in atmospheric CO2 across the ice age cycles suggests that changes in ocean carbon storage are important drivers of natural atmospheric CO2 variations.
Joint lead author Dr. Gianluca Marino, from ANU and previously at the ICTA, UAB, says: “We found that very high concentrations of dissolved CO2 in surface waters of the Southern Atlantic Ocean and the eastern equatorial Pacific coincided with the rises in atmospheric CO2 at the end of the last ice age, suggesting that these regions acted as sources of CO2 to the atmosphere”.
“Our findings support the theory that a series of processes operating in the southernmost sector of the Atlantic, Pacific and Indian Oceans, a region known as the ‘Southern Ocean’, changed the amount of carbon stored in the deep-sea. While a reduction in communication between the deep-sea and the atmosphere in this region potentially locks carbon away from the atmosphere into the abyss during ice ages, the opposite occurs during warm interglacial periods.”
The international team studied the composition of the calcium carbonate shells of ancient marine organisms that inhabited the surface of the ocean thousands of years ago in order to trace its carbon content.
Co-author Dr. Gavin Foster from the University of Southampton commented: “Just like the way the oceans have stored around 30 per cent of humanity’s fossil fuel emissions over the last 100 years or so, our new data confirms that natural variations in atmospheric CO2 between ice ages and warm interglacials are driven largely by changes in the amount of carbon stored in our oceans.
“These results will help to better understanding the dynamics of human-induced CO2accumulation in the atmosphere since the ocean is an important carbon sink and the largest reservoir of carbon on our planet’ commented co-author Patrizia Ziveri, ICREA professor at the ICTA, UAB.
While these new results support a primary role for the Southern Ocean processes in these natural cycles, we don’t yet know the full story and other processes operating in other parts of the ocean, such as the North Pacific, may have an additional role to play.

The above story is based on materials provided by Universitat Autònoma de Barcelona. Note: Materials may be edited for content and length.
Share to: