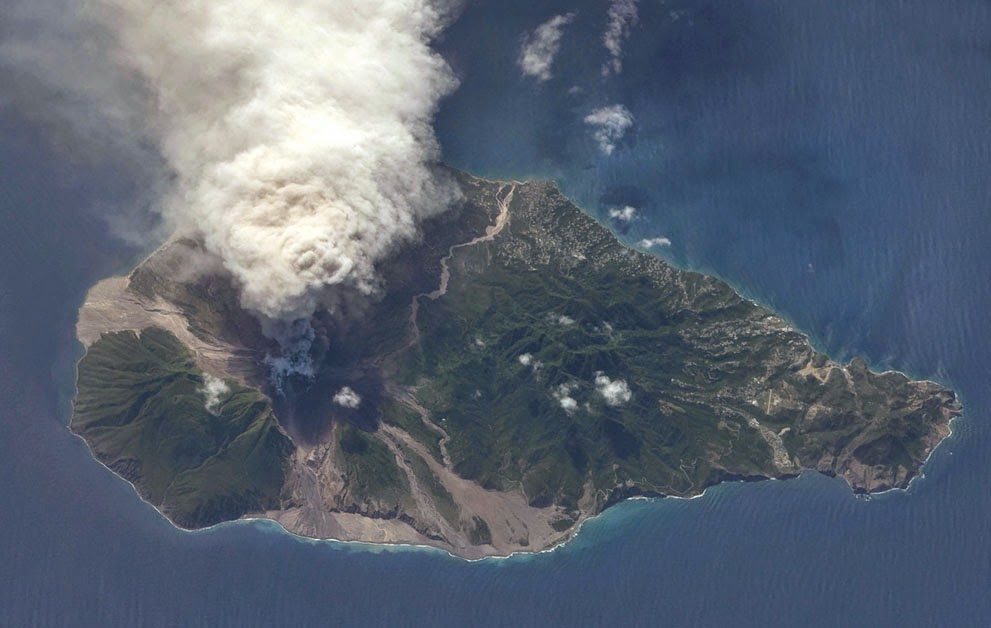 Tsunamis triggered by the partial collapse of the Caribbean Monserrat volcano, 13,000 years ago, would have been much smaller than previously thought, according to research soon to be published in Geochemistry, Geophysics and Geosystems.

The collapse of a volcano can lead to explosive eruptions or tsunamis, the size of which depends on the dynamics of the failure. For example, the abrupt collapse of a large volume of material into the sea will cause larger tsunamis than a gradual or submarine landslide, although this relationship has been the subject of vigorous debate. It is also important to determine where the slide material comes from. Material that falls a long way from the subaerial part of the volcano will create a bigger tsunami than failure of sediment layers around the submerged base of the volcano.
It was previously thought that a large submarine deposit of sediment at the base of the Monserrat volcano was the result of the abrupt, large scale collapse of the volcanic island into the sea. Therefore it had been thought that a high magnitude tsunami must have followed.
However, by analysing sediment cores drilled during the $8M 'International Ocean Discovery Programme' (IODP) expedition to Monserrat in 2012, this research shows that this deposit was in fact largely seafloor sediment. This finding infers that an initial landslide from the volcano triggered much more extensive failure of submarine sediment layers, around the base of the volcano. This would have generated a much smaller tsunami than if all of the material had fallen from the main volcanic edifice.
An international team of geologists including Dr Peter Talling, who leads a NOC group dedicated to studying submarine mass movements and their associated hazard, helped to collect and describe these cores. This involved noting the coarseness and nature of the material in each layer of sediment within the cores and describing the nature of the contact between each layer. In addition, the various physical properties of the sediment were measured, the sediment chemistry was analysed, and specific layers were dated using fossils. From this information the team was able to deduce that the deposits mostly comprised seafloor sediments, and not coarse volcanic debris from the subaerial volcano.
This IODP mission was the first time that sediment from the large-scale collapse of a volcanic island has been successfully drilled for scientific purposes.

The above story is based on materials provided by National Oceanography Centre.Note: Materials may be edited for content and length.
Share to: