Are Geologists able to drill to the center of the Earth? 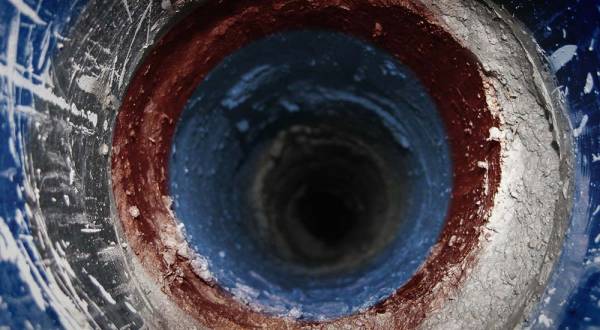 In a word, no. The center of the Earth is roughly 3,959 miles (6,371 km) down. The deepest hole that was ever drilled was the Kola Superdeep Borehole, at 7.6 miles (12.26 km) deep. That’s 0.19% of the way to the center of the Earth.
The Kola project was funded by the Soviet Union in the 1970s and drilling proceeded from 1970 all they way to 1992 when the project was shut down. In true scientific fashion, their goal was simply to drill as far down as they could just to see what they could find. What they found was that as they drilled, the heat and pressure made drilling really difficult. The hole kept collapsing as the hot rock got, for lack of a better word, squishy. Still, there were some pretty cool scientific discoveries made and some perplexing questions raised.
Before all of this, and despite the lack of any real knowledge of what Earth’s interior looked like, John Quincy Adams, the former president of the United States, once ordered a mission to the center of the Earth using tax payer dollars whose aim was at least in part to contact the mole people who lived there. I really REALLY wish I was making that up.

The Kola Superdeep Borehole is the result of a scientific drilling project of the Soviet Union in the Pechengsky District, on the Kola Peninsula, longitude and latitude coordinate: 69°23′46.39″N 30°36′31.20″E . The project attempted to drill as deep as possible into the Earth's crust