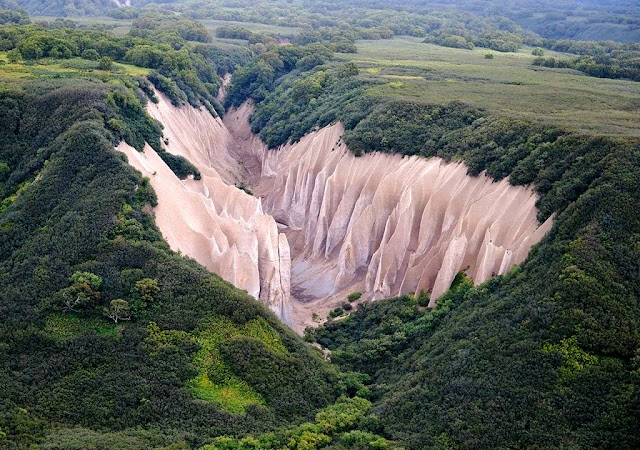 Kutkhiny Baty is an unique and weird valley made of light and whitish pumice stone.

This is how famous "Kutkhiny Baty", "obelisks" made of pumice and resembling gigantic canoes left to dry, look like from a helicopter. Each "boat" is approximately 16 stories tall.

The Kamchatka Peninsula is a 1,250-kilometre-long peninsula in the Russian Far East, with an area of about 270,000 km². It lies between the Pacific Ocean to the east and the Sea of Okhotsk to the west.

According to ltelmen's legend, Kutkhu - the Lord and the Creator of Kamchatka - used to live on the Kurile Lake for some time, and used to go fishing on the lake and to the ocean in these canoes. Before leaving Kamchatka, Kutkhu put up his boats ("Baty"), and since then this place has been considered sacred among the locals.


Deep in the Kamceatka peninsula, there lies an eerie, unique valley – Kutkhiny Baty – The Weird Valley. 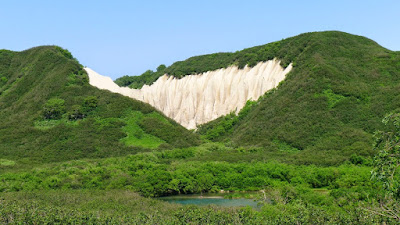 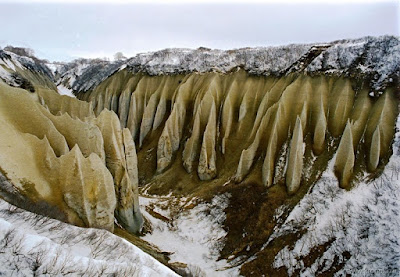 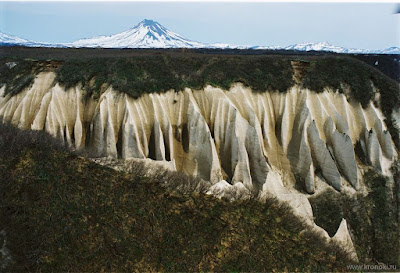