The Triple Frontier where the Borders of 3 Countries Meet.


The Triple Frontier is the tri-border region where the borders of 3 countries meet: Argentina, Paraguay and Brazil. While there are many triple borders in the world, this in particular is formed naturally by the convergence of two rivers - the Parana River and the Iguazu River.

The Triple Frontier is an important tourist area, within the touristic subregion of the Región de las Aguas Grandes. Visitors can see the Tancredo Neves International bridge, which connects the Argentine city of Puerto Iguazú and its Brazilian neighbor, Foz do Iguaçu. Over the La Amistad International Bridge that crosses the Parana river, you can get from Foz to Ciudad del Este. At the convergence of the borders, each of the three bordering countries has erected an obelisk, painted in the national colors of the country in which it is located. All three countries can be seen from each of the obelisks. 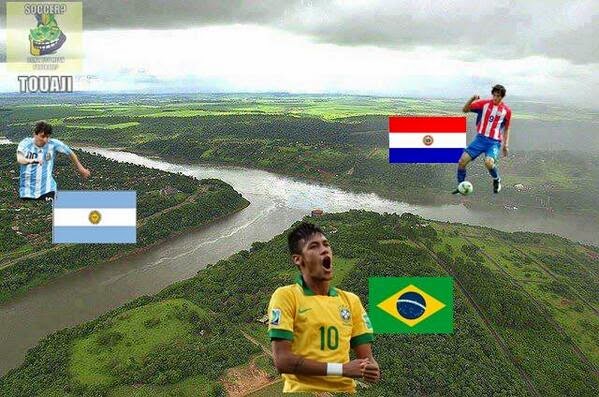 Of the 3 monuments, the most accessible is the Argentine side, because this landmark is very close to the urban area of Puerto Iguazu, less than 2 km from the center. The Landmark itself is a pyramid painted with the Argentine flag colors (sky-blue and white), and dated 1903 (year of the border treaty with Brazil). Further away we can see some poles with the flags of the 3 countries, a few plates badges and a small monument of the Malvinas Islands (Falkland Islands). Close by the monument are gift shops selling local products and souvenirs. 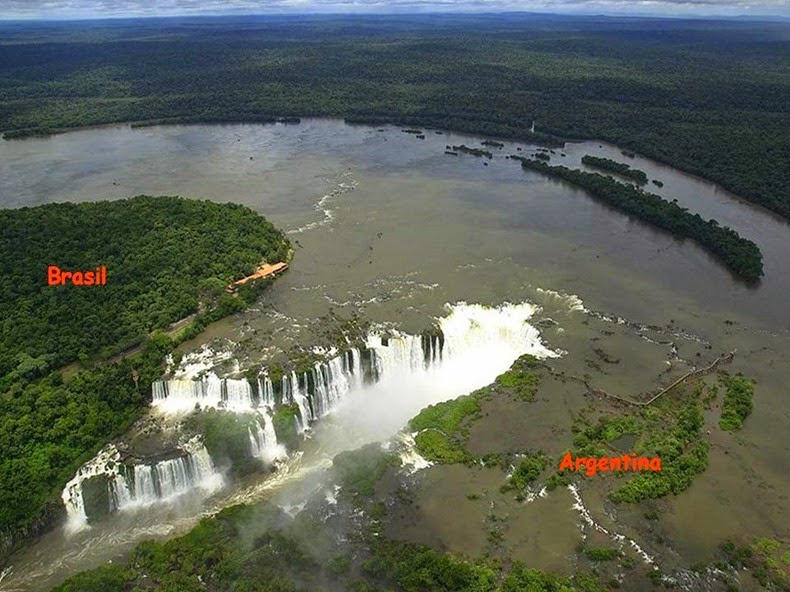