The Velodrome is a large recumbent fold spilled southward, formed at the end of the Tertiary (23 to 5 million years) at the Alpine front.

It consists of sedimentary series (also known as molasses) composed mainly of sand, sandstone and conglomerate (rock composed of pebbles welded by a rocky cement thinner) produced by erosion of the Alps. Molasses accumulated at the foot of the reliefs in the Alpine sedimentary basin Valensole, along which the fold of the Velodrome was formed. The term evokes the Velodrome, used by geologists from the 50s, means the marine basin filled and distorted. 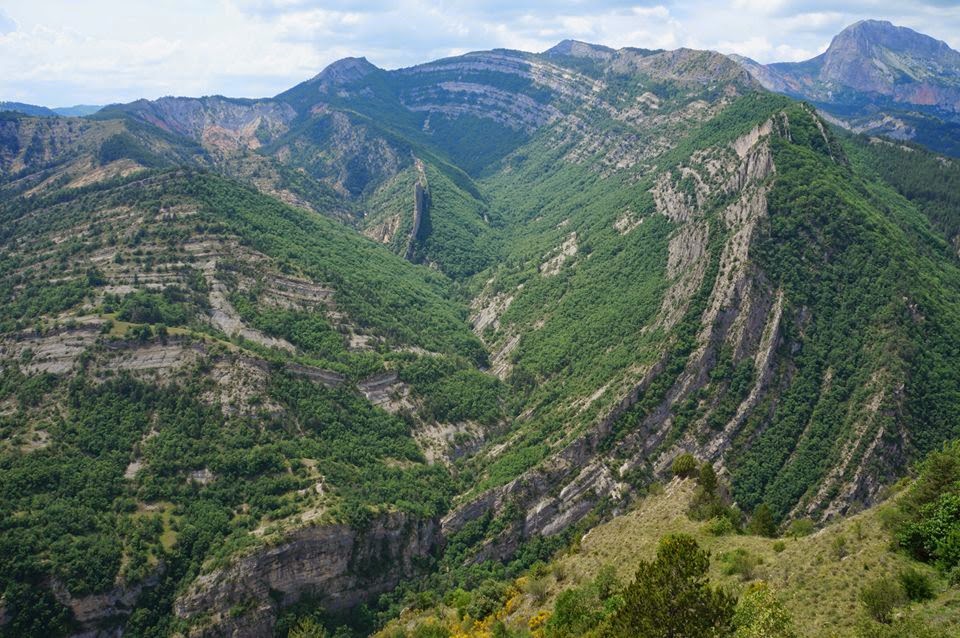 The Velodrome Geological Reserve of Haute-Provence is a crease that draws world-class two-thirds of a velodrome. Its geometry dramatically to his being visited annually by many geologists and geology students. Since the 70s, the Velodrome is considered a typical example of said fold growth, formed as and when the successive deposition of sedimentary strata by their gradual shift due to tectonic stress.

Researchers at the Laboratory of Tectonics (INSU-CNRS, Université Pierre et Marie Curie-Paris 6) after ten years of measurements show micro-tectonic in a recent article in the Bulletin of the Geological Society of France that celebrates the fold is not case study that was thought. 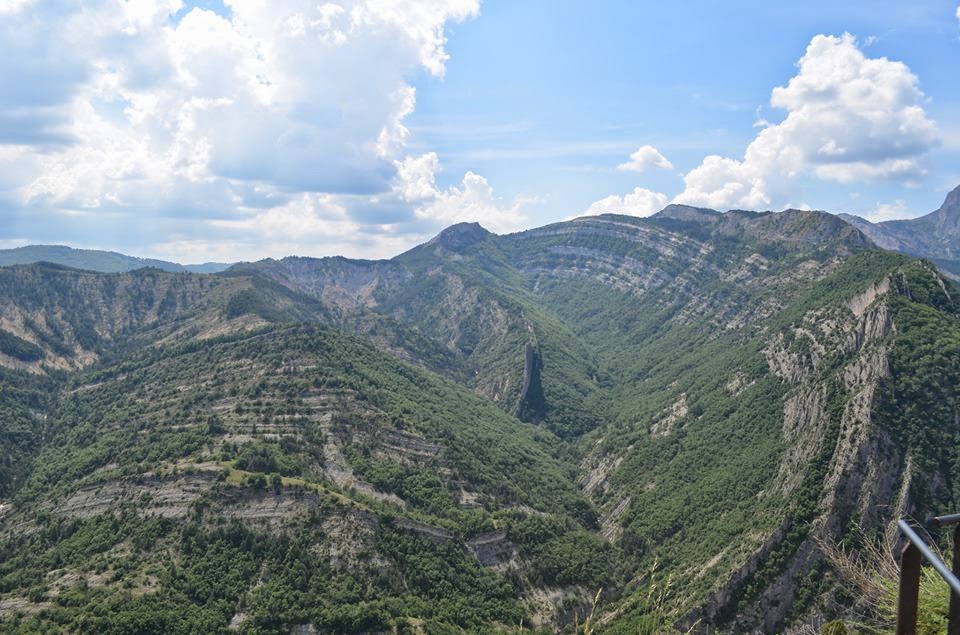