The Texture of Igneous Rocks 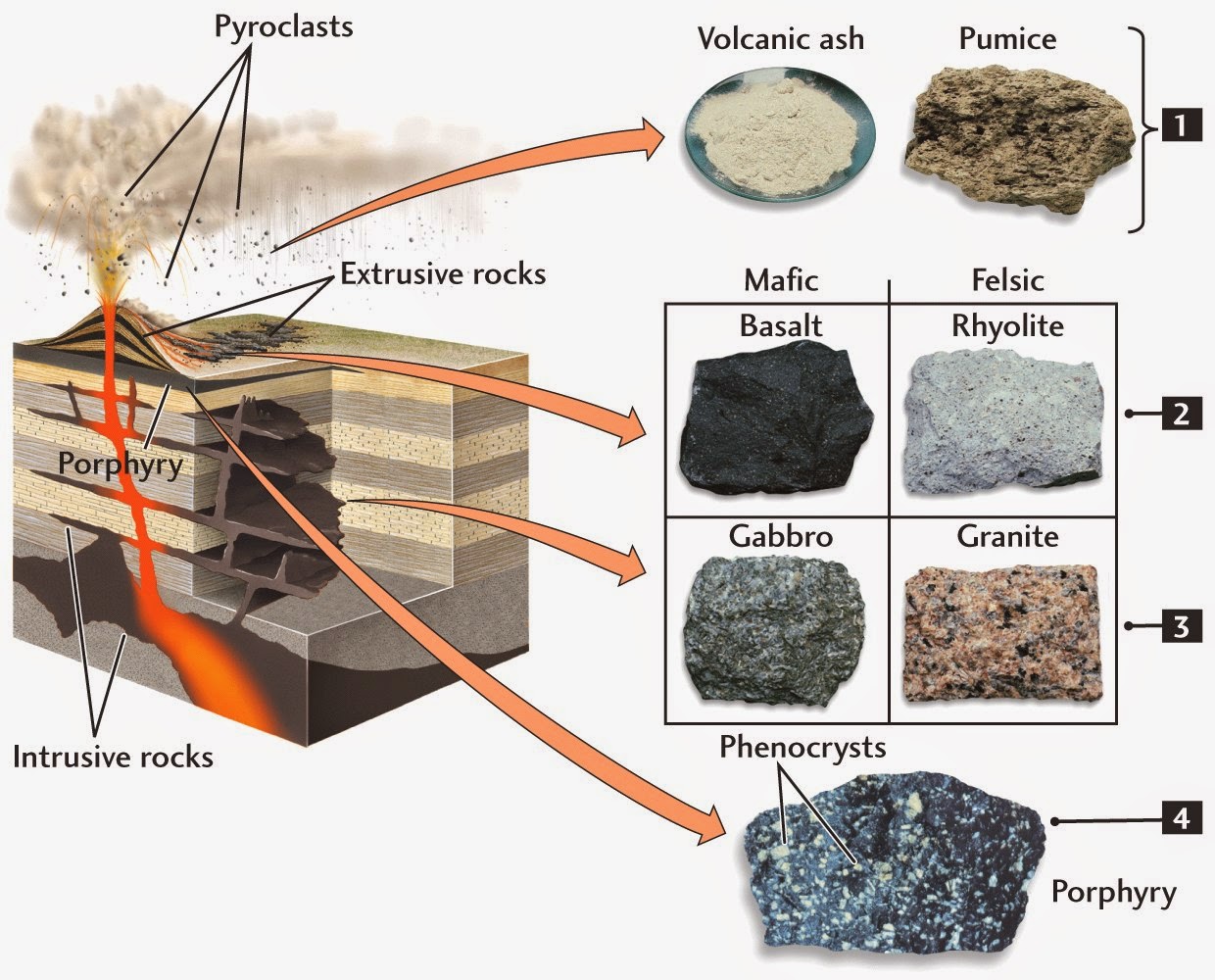 Aphanitic (a = not, phaner = visible) rocks in contrast to phaneritic rocks, typically form from lava which crystallize rapidly on or near the Earth' surface. Because extrusive rocks make contact with the atmosphere they cool quickly, so the minerals do not have time to form large crystals. The individual crystals in an aphanitic igneous rock are not distinguisable to the naked eye. Examples of aphanitic igneous rock include basalt, andesite and rhyolite.

Glassy or vitreous textures occur during some volcanic eruptions when the lava is quenched so rapidly that crystallization cannot occur. The result is a natural amorphous glass with few or no crystals. Examples include obsidian and pumice.

Pegmatitic texture occurs during magma cooling when some minerals may grow so large that they become massive (the size ranges from a few centimetres to several metres). This is typical of pegmatites.

Porphyritic textures develop when conditions during cooling of a magma change relatively quickly. The earlier formed minerals will have formed slowly and remain as large crystals, whereas, sudden cooling causes the rapid crystallization of the remainder of the melt into a fine grained (aphanitic) matrix. The result is an aphanitic rock with some larger crystals (phenocrysts) imbedded within its matrix. Porphyritic texture also occurs when magma crystallizes below a volcano but is erupted before completing crystallization thus forcing the remaining lava to crystallize more rapidly with much smaller crystals.