Mount Nyiragongo is located inside Virunga National Park, in the Democratic Republic of the Congo, about 20 km north of the town of Goma and Lake Kivu. It is one of the most active volcanoes in Africa, and one of eight volcanoes in the Virunga Mountains. The main crater is about two km wide and usually contains a lava lake which appear in the summit crater.

Not much is known about how long the volcano has been erupting, but since 1882, it has erupted at least 34 times, including many periods where activity was continuous for years at a time, often in the form of a churning lava lake in the crater. 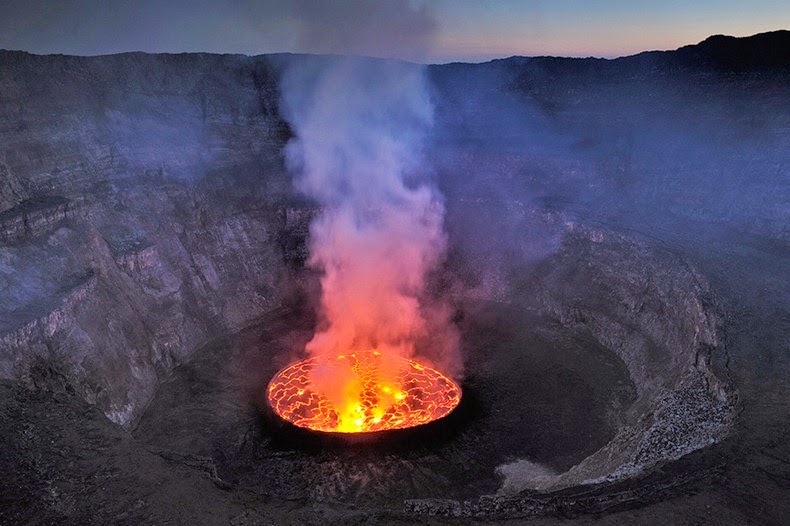 The lava emitted in eruptions at Nyiragongo is often unusually fluid, possibly due to the presence of melilite nephelinite, an alkali-rich type of volcanic rock having unusual chemical composition. Because of the extreme fluidity, Nyiragongo's lava flows can race downhill at up to 60 miles per hour (up to 100 km/h), whereas most lava flows at a walking pace and rarely pose a danger to human life.

Between 1894 and 1977 the crater contained an active lava lake. On 10 January 1977, the crater walls fractured, and the lava lake drained in less than an hour overwhelming villages and killing at least 70 people. Some reports quote much higher figures of up to several thousand people. The hazards posed by eruptions like this are unique to Nyiragongo. Nowhere else in the world does such a steep-sided stratovolcano contain a lake of such fluid lava. 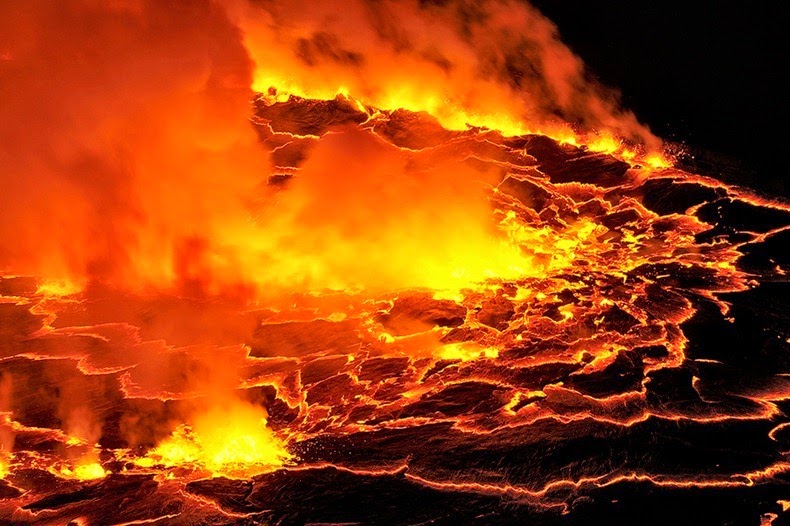 Another major eruption of the volcano began on January 17, 2002. Lava from the reformed lava lake streamed out in 200 to 1000 m wide streams and up to 2 m deep. Warnings had been given and 400,000 people were evacuated from the city across the Rwandan border into neighbouring Gisenyi during the eruption. Despite the precautionary measures, about 147 people died in the eruption from asphyxiation by carbon dioxide and buildings collapsing due to the lava and earthquakes.

Six months after the start of the 2002 eruption, Nyiragongo volcano erupted again. Activity at Nyiragongo is ongoing, but currently confined to the crater, where another lava lake has formed about 250 metres below the level of the 1994 lava lake.

In June 2010, a team of scientists and intrepid explorers stepped onto the shore of the lava lake boiling in the depths of Nyiragongo Crater. These pictures are from the trip, by photographer Olivier Grunewald. 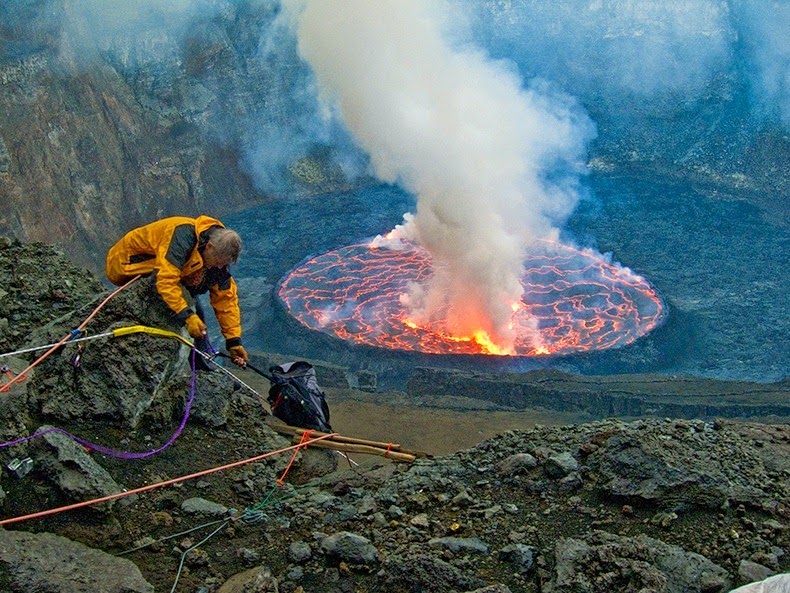 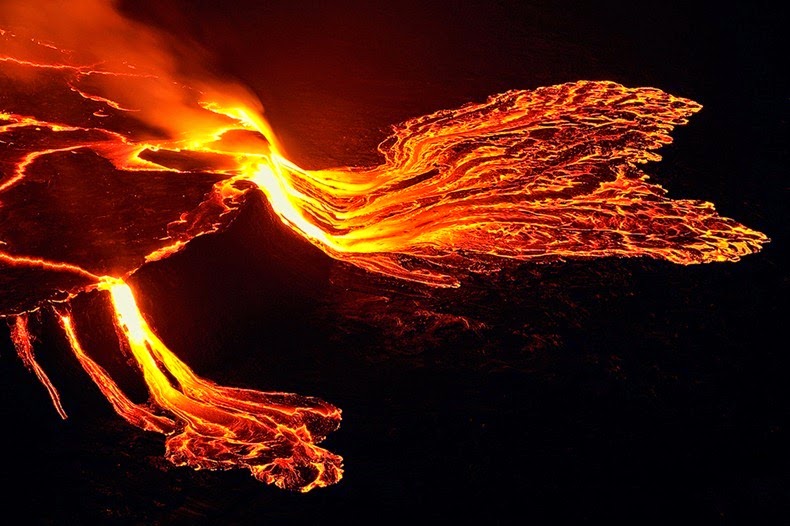