The Red Lake Natron in Tanzania

Lake Natron is a salt lake located in northern Tanzania, close to the Kenyan border, and just north east of the Ngorongoro Crater, in the eastern branch of Africa's immense Great Rift Valley. Nestled between rolling volcanic hills and deep craters, Lake Natron sits at the lowest point of the rift valley – 600m above sea level – and is probably the world's most caustic body of water.

The lake is fed by the Southern Ewaso Ng'iro River and also by mineral-rich hot springs. It is quite shallow, less than three meters (10 feet) deep, and varies in width depending on its water level, which changes due to high levels of evaporation, leaving concentrations of salt and other minerals, notably sodium carbonate (natron).

The surrounding country is hot and often very dry and dusty – not very conducive to travel. But for those who do choose to visit Natron, they are rewarded with some of the most dramatic scenery they have ever see in Tanzania. It is said, that the journey alone is worth it for the views. 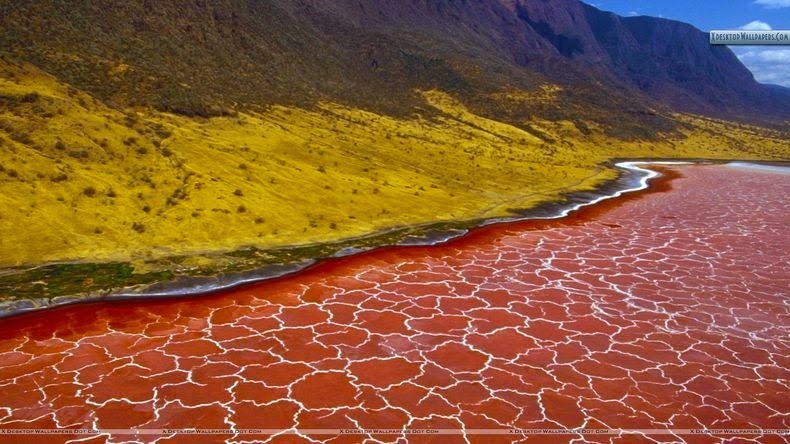 The lake has a deep red color characteristic of those where very high evaporation rates occur. As water evaporates during the dry season, salinity levels increase to the point that salt-loving microorganisms begin to thrive. Such halophile organisms include some cyanobacteria that make their own food with photosynthesis as plants do.

The red accessory photosynthesizing pigment in the cyanobacteria produces the deep reds of the open water of the lake, and orange colors of the shallow parts of the lake. The alkali salt crust on the surface of the lake is also often colored red or pink by the salt-loving microorganisms that live there.

The high temperature (up to 41°C) and the high and very variable salt content of the lake does not support wildlife. However it is an important habitat for flamingos and is home to endemic algae, invertebrates and round the margins even fish that can survive in the slightly less salty water. 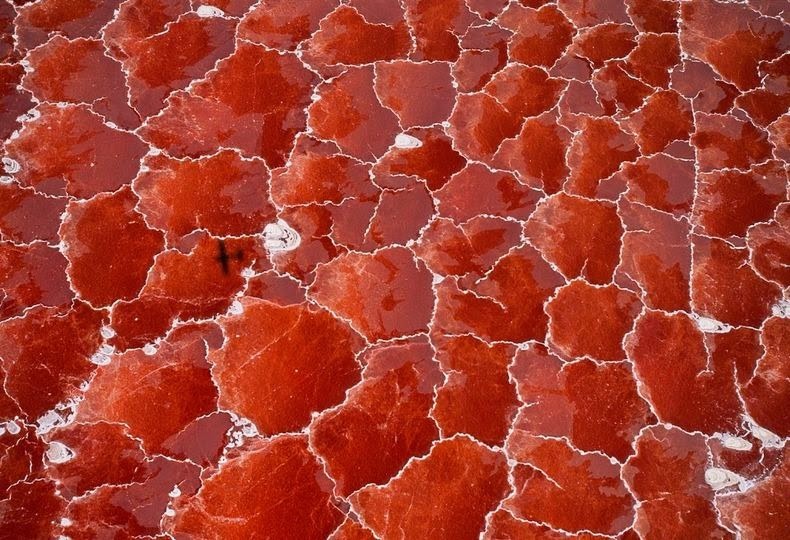