The Earthquake in Kobe 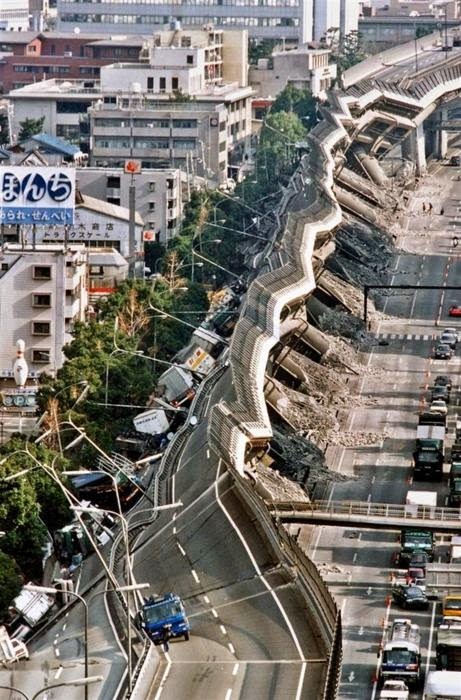 1995 Great Hanshin Earthquake (M=6.9), commonly referred to as the Kobe earthquake,  Collapsed Hanshin Expresswaywas one of the most devastating earthquakes ever to hit Japan; more than 5,500 were killed and over 26,000 injured.

The economic loss has been estimated at about $US 200 billion. The proximity of the epicenter, and the propagation of rupture directly beneath the highly populated region, help explain the great loss of life and the high level of destruction. (On line report of Kobe earthquake).

The spectacular collapse of the Hanshin expressway illustrates the effects of the high (above, KG)  Nishinomiya Bridge loads that were imposed on structures in the area. The strong ground motions that led to collapse of the Hanshin Express way also caused severe liquefaction damage to port and wharf facilities as can be seen to the left and below (GH). 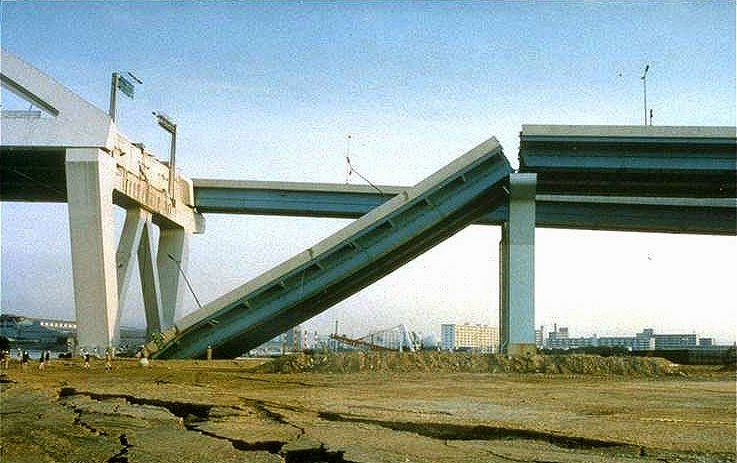 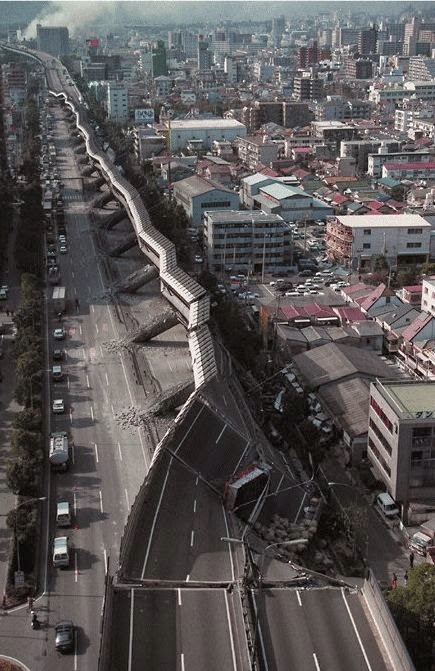