Geological Hammers a Brief Description of Every Geologist's Most Essential Tool 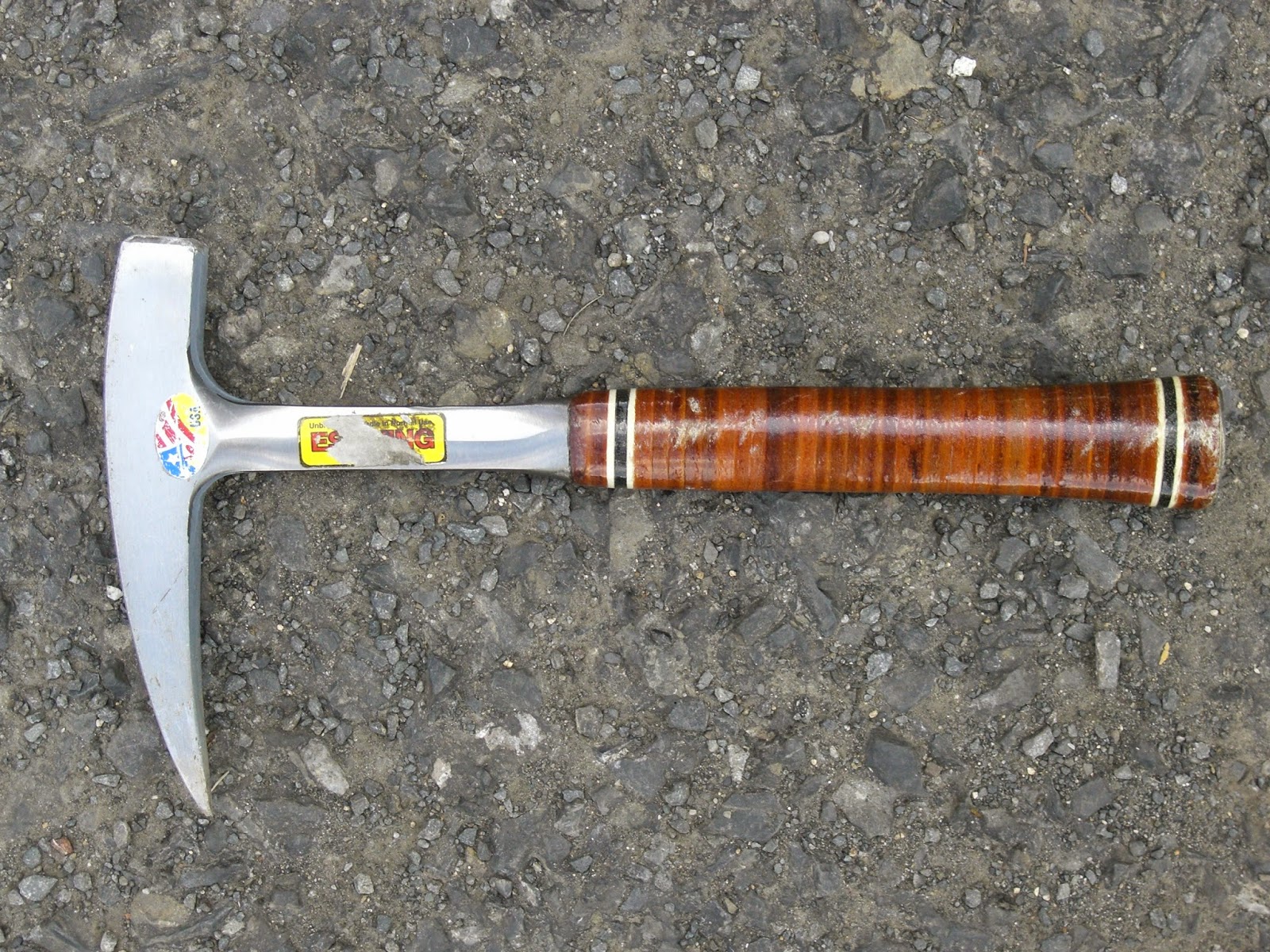 What is a Geological Hammer?

Put simply, a geological hammer is a hammer used for breaking or examining rocks.

What types are there?

Hammers vary in two key respects: The head, and the forging.

The head's weight is an important consideration - 16oz is suitable for almost all everyday use but someone with an interest in metamorphic rocks, or minerals, may find a larger head useful. Of course many casual users will prefer something lighter, though these are increasingly hard to source.

Light hammers will suffice for most sediments - thus are handy for fossil hunters - but will be less effective when confronted with a granite or marble.

The shape of the head is another key difference. Essentially it is the blunt end that is the most used for hammering, the other end being primarily for picking or scraping at covering materials.

Thus those with a key interest in minerals are likely to favour a pick end - the head culminating in a point - whilst many favour the chisel end, which I find comes in handy when prying apart layers (although some say this is quite bad for the hammer and may shorten it's life).

The forging of the hammer is a mark of its durability.
The creme de la creme is a one-piece drop forged hammer, such as manufactured by Estwing. This is made of one piece of metal and thus cannot come to pieces!

A solid or tubular shaft hammer comprises a separate handle and head, joined together - this joint provides a point of weakness which may eventually fail. Most hammers should last for a long time before this becomes an issue, but as failure is often unpredictable it may cause a hazard or worry. A tubular shaft is hollow, and thus lighter; it also allows the hammer to be better weighted; a solid shaft is more durable.

A wooden shaft hammer has the shortest life, especially if extreme care is taken when hammering, since as the wood strikes rock, wear is caused and the handle decays. However, you can at least see when the time is coming to replace the implement.

The length of the handle is a consideration for some - extra long handles being available, allowing a more powerful blow, and greater distance to be maintained from the rock - protecting the user from shrapnel. However a short shaft is preferred by some for ease of carriage or handling.

How do I use my hammer?

The first thing to do is to chose what to hit.

It is always preferable to knock loose stones than bedrock, for many reasons - primarily, the preservation of the locality for future geologists; additionally, your finds will be easier to take away with you, and it is easier to manipulate or break the rock. The blow should be aimed along a plane of weakness, to split the rock - typically a 'bedding plane' (layer) in sedimentary rocks. Not only are such planes the most likely to display attractive fossils, but the rocks will break more easily into fewer pieces.

If one must hit an outcrop, loose corners should be the target - hitting a solid face will produce dangerous chips and sparks and won't reveal anything interesting.

The most interesting faces are those that aren't weathered. The outside of most rocks tends to be a different colour and consistency than its insides, due to the erosive action of wind, air and vegetation. Fissures are often affected in this fashion and can reach quite deep into a rock; when a block breaks easily in two, it may be along a weathering face - making it worth hitting the rocks further.

To avoid the danger of fragments of rock becoming embedded in the eyes, it's advisable to wear goggles at all times when hammering - especially when hitting harder rocks.

Other items of interest may be 'chert nodules' - lumps of flint that form around a central nucleus. Often this nucleus may be a fossil - though it may be something such as a lump of stone or a tunnel. In certain localities up to a quarter of these nodules may be fossil-bearing, but others are less productive.