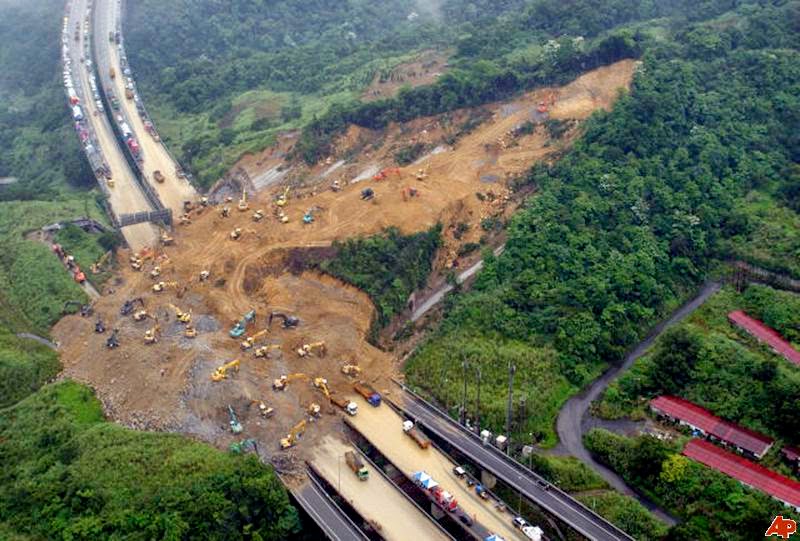 A geologist in Syracuse University's College of Arts and Sciences has demonstrated that earthquakes—not climate change, as previously thought—affect the rate of landslides in Peru.

The finding is the subject of an article in Nature Geoscience by Devin McPhillips, a research associate in the Department of Earth Sciences. He co-wrote the article with Paul Bierman, professor of geology at The University of Vermont; and Dylan Rood, a lecturer at Imperial College London (U.K.).
"Geologic records of landslide activity offer rare glimpses into landscapes evolving under the influence of tectonics and climate," says McPhillips, whose expertise includes geomorphology and tectonics. "Because deposits from individual landslides are unlikely to be preserved, it's difficult to reconstruct landslide activity in the geologic past. Therefore, we've developed a method that measures landslide activity before and after the last glacial-interglacial climate transition in Peru."
McPhillips and his team have spent the past several years in the Western Andes Mountains, studying cobbles in the Quebrada Veladera river channel and in an adjacent fill terrace. By measuring the amount of a nuclide known as Beryllium-10 (Be-10) in each area's cobble population, they've been able to calculate erosion rates over tens of thousands of years.
The result? The range of Be concentrations in terrace cobbles from a relatively wet period, more than 16,000 years ago, was no different from those found in river channel cobbles from more recent arid periods.
"This suggests that the amount of erosion from landslides has not changed in response to climatic changes," McPhillips says. "Our integrated millennial-scale record of landslides implies that earthquakes may be the primary landslide trigger."
McPhillips says the study is the first to study landslides by measuring individual particles of river sediment, as opposed to amalgamating all the particles and then measuring a single concentration.
"These concentrations provide a robust record of hill-slope behavior over long timescales," he adds. "Millennial-scale records of landslide activity, especially in settings without preserved landslide deposits, are an important complement to studies documenting modern landslide inventories."
Earthquakes are a regular occurrence in Peru, which is located at the nexus of the small Nazca oceanic plate and the larger South American crustal plate. The ongoing subduction, or sliding, of the Nazca Plate under the South American Plate has spawned considerable tectonic activity.
"Peru is rife with earthquakes, landslides, volcanic eruptions, and tectonic uplift," McPhillips adds. "By studying its past, we may be able to better predict and prepare for future calamities."
Millennial-scale record of landslides in the Andes consistent with earthquake trigger, Nature Geoscience (2014) DOI: 10.1038/ngeo2278
Share to: